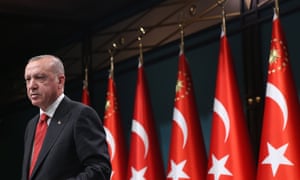 Turkish authorities have scrapped the result of a vote for Istanbul mayor that was lost by the candidate backed by the president, Recep Tayyip Erdoğan, in response to calls by his AK party for a rerun.

In a move that hit the lira and drew opposition accusations of “dictatorship“, the high election board (YSK) ruled that a fresh Istanbul mayoral contest must be held on 23 June.