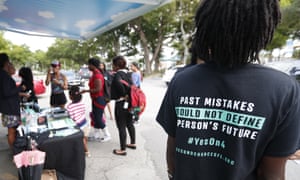 Election reform bill SB 7066 adds a provision that felons with restitution, fees or fines will not be allowed to cast a ballot

When two-thirds of Florida’s voters chose to restore voting rights to nearly 1.5 million ex-felons in the state last November, Karen Leicht thought she might get to vote again.

In 2010, Leicht pled guilty to charges related to international insurance fraud. That led to 30 months in federal prison, three months of probation, and when she got out, $59m dollars in restitution she has to pay back. She also lost the right to vote. But, she says, “I was free.”

I have become known at my library as the dude who knows how to deal with computers.  I’m not in IT, and I don’t know shit about hardware, but I’m pretty good at figuring out what is causing an error, or how to perform a task in a specific program.

I have also joked repeatedly that all I really need to do is stand near one of the student computers in the library and it’ll start working again.  I’ve no idea why, but for some reason errors that happen repeatedly just go away whenever I come to look at the computer.

Last week, I helped a student who was having issues with his laptop.  Multiple programs had frozen, but he hadn’t saved his paper, and luckily I was able to get it working long enough for him to save three straight days of work that he otherwise would’ve lost.  It’s worth noting that I spent most of the time I was trying to fix it whispering, “C’mon, baby, work with me” at his computer, because… just because, okay.  It’s what I do, it works, don’t question it.

Anyway, I was around late at work last night, waiting for my ride, when the student worker came back to my office and said there was a small group of students looking for me, and could I give them a hand even though I was off the clock?

I came out to find a group of six students, including the guy I helped last week, at a table clustered around one laptop.  I rolled up, said, “Hey, what can I help you with?”, and the guy said, “Can you just hang out here for a second?”

Sure, my dude.  I’m off the clock, I’m listening to a podcast, I can chill at a table with your group until my ride shows up, if you want.

So I spend some time flipping through my phone, only half paying attention, figuring they’re finishing something up and they’ll ask their question as soon as they’re done.  But after a minute, the guy says, “It worked!” and there was a chorus of excitement from the rest of the group. They all thanked me, and excused themselves to go back to class.

Turns out they had a group presentation, and the laptop they were trying to present from had froze up on them.  Not knowing what to do, this guy apparently told his group there was a computer wizard in the library, and that merely being in my presence might be enough to fix it.  To be fair, he… was not wrong.

I just find it delightful that this has become such A Thing that students are now seeking me out.  Not to ask a question, or get some help, but just to stand near their device and share my mythical computer-fixing aura. It’s like being a terribly benign cryptid.

This is also a power I possess. It used to drive my students slightly crazy, because they would want to show me a problem, and I’d come over and go “okay, let’s see what’s up” and then things would just, work? And they would sigh heavily. 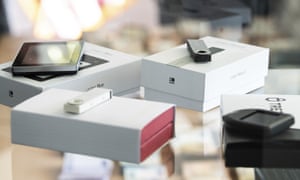 Arrests in Germany, Brazil and US relate to sale of drugs, stolen data and malicious software

German police have shut down one of the world’s largest illegal online markets in the so-called dark web and arrested the three men allegedly running it, prosecutors said on Friday.

money before life? No way!

The decision to allow a Tasmanian golf club to cull native animals in the area because of faeces on the greens sparks outrage from wildlife carers and locals.

Over half of the 24,000 far-right extremists in Germany are potentially violent, the Interior Ministry has said. The opposition FDP wants extremists tracked where they communicate: in online game platforms.

Donald Trump’s fifth presidential visit to Europe, from July 11 to 16 with stops in Brussels for a NATO summit, in London to tend to the “special relationship,” in Scotland to relax and promote a Trump business, and in Helsinki for a summit with Russian President Vladimir Putin, caused no shortage of headlines and political storms.

On July 19, Brookings convened a discussion of where the trip and Trump’s “no friends, no enemies” approach to foreign policy have left the trans-Atlantic relationship, in partnership with the Turkish Industry and Business Association (TÜSİAD). Following introductory remarks from Center on the United States and Europe director Thomas Wright and TÜSİAD CEO Bahadır Kaleağası, Susan Glasser of The New Yorker moderated a panel including four Brookings scholars: Wright, TÜSİAD Senior Fellow Kemal Kirişci, Stephen and Barbara Friedman Senior Fellow Robert Kagan, and Nonresident Senior Fellow Angela Stent. Glasser opened by relaying further news: Trump had just invited Putin to the White House for a fall follow-up to their rendezvous in Finland.

Kagan argued Trump and Putin were actually “allied in a fundamental way,” with their common objective “to destroy the liberal world order.” In berating NATO allies, “Trump did more damage to the West at Brussels than Putin could have hoped for.”

Glasser noted the Trump administration has enacted tough policies on Russia despite Trump’s rhetoric. Kagan asked if anyone still trusted the United States as an ally committed to defending the liberal world order. “When Trump makes it apparent… that he thinks NATO is a terrible deal for the United States… at the end of the day that alliance depends on public support,” he said. “You can’t go to Brussels and insult all your major allies and expect everything to just chug along.”

Kirişci said that the word Helsinki reminded him of the 1975 Helsinki Accords, in which “under U.S. leadership, the West was able to put forward the very basic norms and principles of the [international liberal] order.” He described that Helsinki summit as “the beginning of the breaking up of the Soviet Union” and hoped this one would not have the impact of its predecessor in reverse.

Stent noted that while U.S.-Russia summits usually involved more preparation and more people in the room, Ronald Reagan and Soviet leader Mikhail Gorbachev met for the first time in Geneva with a leaders-and-interpreters-only session—as Putin and Trump did for two hours in Helsinki—with results that weren’t bad.

“We have at least two Russia policies in this administration,” Stent said. “One of them is the policy of the president himself,” the other that of the rest of the government which “doesn’t look that different from previous Russia policies because the issues don’t change.” What is “unusual” is that following Helsinki, the Russians are talking about implementing agreements, while “we don’t know what these agreements are.”

Glasser asked Wright if Trump would need to go to war with his own foreign policy apparatus, including his notoriously hawkish national security advisor. “For John Bolton, hell is getting what you want,” Wright replied. “He’s wanted this job his whole life, he’s wanted a nationalistic president,” and now he has to implement diplomatic strategies with North Korea and Russia that he opposes and “to do so with a smile… It’s got to be torturous for him but he is deciding, it seems, to suck it up and to say that he’s implementing the president’s vision.” Wright underlined that “the most important person in this administration is the president,” who “hated” being constrained by his team last year and is now implementing “his presidential bucket list”—meeting with Putin and North Korea’s Kim Jong-un, trashing the Iran nuclear deal, and imposing tariffs on the European Union.

Glasser asked whether Europe, and particularly Germany and France, would actually “take any concrete actions” in response to the changing role of the United States. Kagan replied that counterbalancing might be expected by theory, but that Europe was itself “on a downward trajectory,” threatened by populist nationalist movements, with politics fragile in Germany and France, and Britain “sail[ing] off towards Greenland” in a major geostrategic shift. “Not only do we not need the United States dividing Europe and undermining Europe,” Kagan argued, “but we actually need the United States to be working actively to support and strengthen Europe.” He described the trans-Atlantic partners as being in a “synergistic downward spiral.” Kirişci recalled that less than ten years ago, the forward trajectory of an EU enlarging and spreading norms and standards seemed inevitable, with Turkey among those doing well economically and on democracy. The 2008 crisis “derailed the whole process.”

Near the end of the conversation, Glasser asked if anyone thought Trump’s goal was to unravel the EU and the answer was a unanimous yes. Wright argued that Trump had long opposed NATO but developed his views on the EU in the second half of 2016, influenced by Nigel Farage and Steve Bannon. He warned of “fireworks” next week as European Commission President Jean-Claude Juncker visits Washington, which Trump “keeps talking about.”

Kagan noted that America’s “original and traditional” posture is anti-European—“some of this is Trump but the American people are entirely receptive.” He continued that Trump “has all the right enemies” from the point of view of his core constituency, and that what Trump is doing when he “lashes out” at NATO, the EU, or Germany is “feeding that constituency what it wants more than anything”—anger. “And that is in a way the key to the whole system. Why can’t the Republicans oppose Trump? Because the majority of their constituents are these people.” Wright argued that the scaled effects of tariffs would test this loyalty, as the EU and Chinese responses are highly targeted at Trump voters. Kagan replied that “the early returns” show farmers who are already affected by the trade wars are still with Trump. 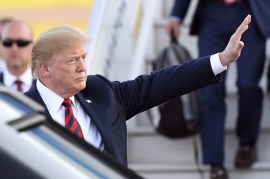 At war with his own people – dictator wannabe! 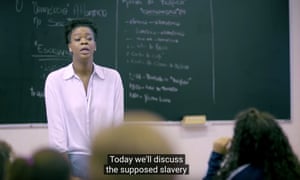 Jair Bolsonaro has encouraged school students to film teachers during class if they suspect them of pushing leftist ideas, reigniting a battle in one of the most contested arenas of Brazil’s raging culture wars.

“Teachers need to teach and not indoctrinate,” Bolsonaro tweeted this week as he shared a video shot in class by a student who accused her teacher of criticizing the far-right president.