The new rule could affect as many as 32,000 people in mixed-status families who currently receive federal housing benefits. Those families would have to choose between eviction or breaking up the family. This puts at risk vulnerable Americans and immigrants who rely on these subsidies for their housing. HUD argues that these evictions will help reduce wait-lists for public housing, but many low-income housing advocates disagree. Very few, if any, apartments would open because many mixed-status families will opt to split up rather than lose their benefits completely. This is a mean-spirited attempt at addressing major issues with public housing, including long wait-lists and substandard housing conditions. In New York alone there are currently 209,180 people on line for public housing benefits, with an additional 148,000 on line for Section 8 housing. HUD’s proposed regulation has been sent to Congress for a 15 day review period before it is published for a 60 day public comment period.

Source: HUD Proposes to Evict Citizens and Immigrants from Public Housing if They Have Undocumented Family Members : Immigration Impact

The Poway Synagogue shooting is proof that “this” has not yet been shut down. Right now on 8chan, other anons are gleefully sharing links to this most recent shooter’s manifesto, and celebrating the fact that he succeeded in wounding a rabbi. In the coming days and weeks, the Poway Synagogue shooter will enter their pantheon of heroes, and become a “Saint” like the Christchurch shooter. There is likely to be another shooter, another manifesto, and more cheering anons.

If you can’t win playing by the rules, you change them.

On Friday, The New York Times published excerpts from a phone interview with Anita Hill in which she discussed Joe Biden’s recent apology call, the ways he and the system failed her in 1991, and parallels between the Clarence Thomas and Brett Kavanaugh hearings.

Ever had to listen to some well-heeled dude prattle wrongly on about a subject of which he very confidently knew absolutely nothing? Of course you have! 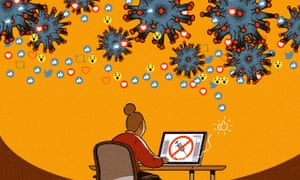 From the US to Italy, a distrust of elites and expertise is now becoming a public health crisis

The two men rode into the village on a motorbike, eyewitnesses said, and opened fire. They left one woman dead and another injured, and a trail of fear in their wake. Both women were vaccination workers trying to save children from polio, and in parts of Pakistan that is a dangerous thing to be. Medical teams have repeatedly been attacked amid rumours, fuelled by Islamist militants, that a national drive to eradicate the disease is cover for a western plot to sterilise children or gather intelligence.

In Nigeria, too, the extremist group Boko Haram has murdered vaccination workers, attempting to frighten families out of having their babies protected. British parents don’t know how lucky we are, with our nice, safe NHS surgeries and our children who have the vast unfathomable luck to be born right here and now: winners of the historical lottery, a generation for whom the eradication of so many infectious diseases is within sight. Or it could be, if some in the west seemingly weren’t doing their damnedest to die of ignorance instead. 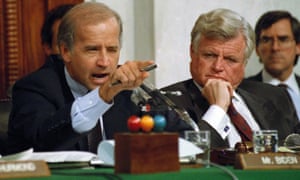 After Joe Biden failed once more on Friday to apologize to Anita Hill for his handling of a 1991 Senate hearing at which she testified about being sexually harassed by supreme court nominee Clarence Thomas, questions surged anew.

Of all the delusions that most drag down progress, self-delusion, is the worst. With several fine female candidates who are members of the Democratic Party and full on feminists – quite a stretch to claim Bernie is the most feminist – rotflmao! 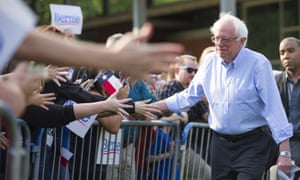 Sanders is far from perfect, but it is ridiculous to claim that he is beloved purely by arrogant white bros

Moulton too weak to do anything but try to harm party to advance himself! U.S. congressman Seth Moulton, one of 20 Democrats running for president, criticized rivals Bernie Sanders and Elizabeth Warren on Friday, saying they were so liberal they risked handing President Donald Trump a second White House term.

At least three polio workers have been killed in April, while thousands of parents have refused to allow their children to be inoculated. Pakistan is one of the three countries in the world where polio is endemic.