Italy’s political rifts widen as not even its liberation from Fascism is cause for undivided celebration.

Many see parallels between the xenophobia that met Japanese Americans during World War II and the way immigrants and refugees are treated today.

The proposed guidelines could have the largest effect on the Defense Department, which had objected to some of the language in an earlier proposal. 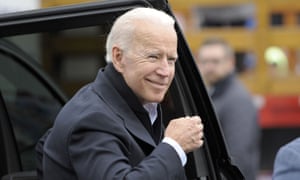 His is the vaguest and most centrist of battle cries: let’s go back to, you know, ‘all those good things’

Joe Biden wants to make America straight again. “America’s coming back like we used to be,” the former vice-president told reporters in Delaware on Thursday, shortly after he released a video officially announcing his 2020 campaign. “Ethical, straight, telling the truth … All those good things.” 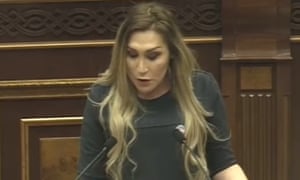 Lilit Martirosyan became the first member of her country’s lesbian, gay, bisexual, transgender and intersex (LGBTI) community to take to the parliamentary podium, speaking out against discrimination at a session of its committee on human rights. A video of the speech has been shared around the world.

Some adults whose claims were rejected went without food for up to five days, claim activists

The policy, whereby adults whose asylum claims have been rejected are denied food, was described as “an unprecedented human rights violation in 21st-century Europe” by the Hungarian Helsinki Committee, a human rights organisation working to offer legal support to those in the transit zones.