No, no, no, no. Too many important groups would more likely stay home if he is the candidate. 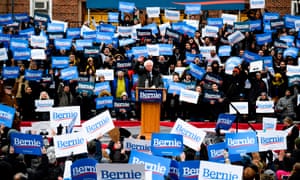 Raging against the machine has taken Bernie Sanders a long way. In 2016, his disdain for “the establishment” and the “donor class” gave progressives a near-perfect foil to Hillary Clinton, who was cast as the “anointed” Democratic candidate for president.