A Brooklyn judge has tossed a lawsuit alleging New York City’s health department violated anti-vaxxer parents’ civil rights by mandating vaccinations in the wake of a massive measles outbreak. The suit was filed on Monday, and was dimissed by Thursday. 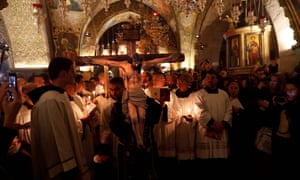 Hundreds of Palestinian Christians in Gaza are still anxiously waiting on Saturday to hear whether Israel would grant them exit permits in time to join Easter services in Jerusalem and Bethlehem.

In previous years many, though not all, of Gaza’s 1,100-strong Christian minority have been granted exit permits to Jerusalem and the West Bank for worship and to visit relatives at Easter and Christmas. But last week the Israeli military announced that only 200 Christians over the age of 55 would be allowed to travel to Jordan – without stopping in Jerusalem.

Mexico said on Saturday it had “deep concern” about armed groups that intimidate and extort migrants on the border, shortly after the ACLU and Democratic senators called for a probe into such citizen efforts to block migrants from crossing.

Officials announced the arrest of Larry Mitchell Hopkins, the leader of a group that was detaining migrants at gunpoint in southern New Mexico. 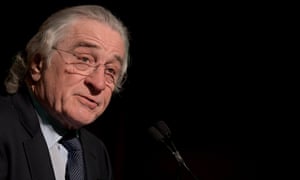 The actor has been involved in a long-running dispute with Trump, saying “fuck Trump” at the Tony awards last year.

It’s clear he has bought into the bigotry. Immigrants the world over, all try to “fit in” as quickly as they can without giving up their original culture. He shows he supports bigotry and wants another chance to screw up Britain. 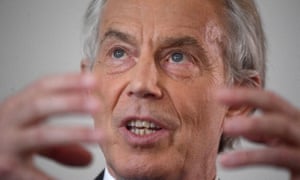 Migrant communities must be compelled to do more to integrate to help combat the rise of “far-right bigotry”, Tony Blair has warned.

The former prime minister said that successive governments had “failed to find the right balance between diversity and integration”, while the concept of multiculturalism has been misused as a way to justify a “refusal to integrate”.

The redacted version of Special Counsel Robert Mueller’s report released on Thursday runs 448 pages. But its most important implication can be summarized in a single sentence: There is sufficient evidence that President Donald Trump obstructed justice to merit impeachment hearings.

A basic principle lies at the heart of the American criminal-justice system: The accused is entitled to a fair defense and a chance to clear his name. Every American is entitled to this protection, from the humblest citizen all the way up to the chief executive. And that, Mueller explained in his report, is why criminal allegations against a sitting president should be considered by Congress and not the Justice Department. The Mueller report, in short, is an impeachment referral.

In his report, Mueller took pains to detail why he “determined not to make a traditional prosecutorial judgment” as to whether the president had broken the law by obstructing justice. He began by noting that he accepted the opinion of the Office of Legal Counsel (OLC)—which issues guidance for the executive branch on questions of law—that a sitting president cannot be indicted.

That, Mueller explained, posed an insurmountable problem. A normal investigation would end with a prosecutor deciding to bring charges, or to drop the case. It’s a binary choice. But “fairness concerns counseled against potentially reaching that judgment when no charges can be brought.” Ordinarily, a criminal charge would result in “a speedy and public trial, with all the procedural protections that surround a criminal case.” But if Mueller were to state plainly that, in his judgment, the president had broken the law and obstructed justice, it would afford “no such adversarial opportunity for public name-clearing before an impartial adjudicator.” In other words, because a sitting president cannot be indicted, making such a charge publicly would effectively deny Trump his day in court, and the chance to clear his name.

Mueller also pointed to the OLC’s guidance on seeking sealed indictments, which could be unsealed when a president leaves office, or leveling such charges in an internal (and, presumably, nonpublic) report. Secrecy, the OLC counseled, would be difficult to preserve—and so either step could place a president back in the same unfair situation, accused of a crime without the chance to clear his name.

Crucially, the same concerns don’t operate in reverse. If—examining the evidence and the law—a prosecutor were to determine not to charge an individual, there would be no fear that public disclosure of that decision would be unfair. But if Mueller believed he could not fairly say that the president had committed a crime, he also believed he could not honestly say that he hadn’t. “If we had confidence after a thorough investigation of the facts that the President clearly did not commit obstruction of justice, we would so state,” the report explained:

Based on the facts and the applicable legal standards, however, we are unable to reach that judgment. The evidence we obtained about the President’s actions and intent presents difficult issues that prevent us from conclusively determining that no criminal conduct occurred. Accordingly, while this report does not conclude that the President committed a crime, it also does not exonerate him

Attorney General William Barr reviewed the same evidence, though, and came to a different conclusion. In his summary of the report, he wrote, “Deputy Attorney General Rod Rosenstein and I have concluded that the evidence developed during the Special Counsel’s investigation is not sufficient to establish that the President committed an obstruction-of-justice offense.”

There is a vital distinction here between the two findings. Mueller wrote that his evidence was not sufficient to clearly establish that the president had not committed a crime; Barr insisted that it was not sufficient to establish that he had. It’s possible to read the two conclusions as different ways of stating the same findings; it’s equally possible to read them as fundamentally at odds with each other.

This points back to Mueller’s basic concern about fairness. In the report, he laid out 10 specific incidents his team had examined, each of which might constitute—singly or in aggregate—evidence of obstructive conduct on the part of the president. “The Special Counsel’s decision to describe the facts of his obstruction investigation without reaching any legal conclusions leaves it to the Attorney General to determine whether the conduct described in the report constitutes a crime,” Barr wrote.

But there is another, simpler way to understand Mueller’s report. A footnote spells out that a criminal investigation could ultimately result in charges being brought either after a president has been removed from office by the process of impeachment or after he has left office. Mueller explicitly rejected the argument of Trump’s lawyers that a president could not be guilty of obstruction of justice for the conduct in question: “The protection of the criminal justice system from corrupt acts by any person—including the President—accords with the fundamental principle of our government that ‘[n]o [person] in this country is so high that he is above the law.’”

But if Mueller believes a president could be held to account after he leaves office, he also spelled out another concern with alleging a crime against a sitting president: the risk that it would preempt “constitutional processes for addressing presidential misconduct.”

The constitutional process for addressing presidential misconduct is impeachment.

As I wrote for this magazine in January, impeachment is best regarded as a process, not an outcome. It’s the constitutional mechanism for investigating whether an executive-branch officer is fit to serve. It requires his accusers to lay out their evidence in public, provides the opportunity for witnesses to be cross-examined, and ultimately forces the House of Representatives to decide whether to impeach—that is, to approve charges that will force a trial in the Senate—or to drop the inquiry, thereby clearing the accused.

[David Frum: The question the Mueller report has not answered]

In 1826, Vice President John C. Calhoun sent a remarkable letter to the House of Representatives, “in its high character of grand inquest of the nation.” He complained that claims of “impeachable offenses” had been lodged against him in an executive agency. Because he was “conscious of innocence,” he explained, he could “look for refuge only to the Hall of the immediate representatives of the people.” He asked the House to convene impeachment proceedings against him, so that he would have the chance to clear his name. The House agreed, and after an investigation, effectively cleared Calhoun.

Mueller has now delivered 10 credible allegations of obstructive behavior on the part of the president. For all of Trump’s bluster, those claims are now a matter of public record, and will hang over his presidency, despite the decision of his own appointee to clear him in the matter.

The constitutional mechanism for resolving this situation is impeachment. The president, no less than Calhoun, deserves a chance to clear his name. The public deserves a chance to examine the evidence against him. And his supporters and opponents alike deserve the clarity that only convening impeachment hearings can now provide.

My partner and I went to hear Dr. Dyson speak about his latest book. And his line about Trump got a nice laugh and nods from the crowd. But Dr. Dyson’s words stunned me. The wheels of my mind are…