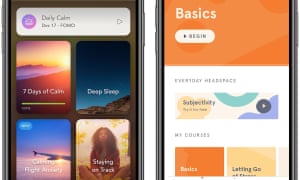 The secular technique and its relativist lack of a moral foundation has opened itself up to a host of dubious uses, called out by its critics as McMindfulness

On the internet is an image of Ronald McDonald, the McDonald’s hamburger icon, seated in a lotus position. Some Thai Buddhists see this in literal terms as disrespectful to the Buddha; others are rightly critical of the colonialist and harmful cultural appropriation of Buddhism by the west and the lack of regard for Asian Buddhism in the US and Canada.

The technical, neutral definition of mindfulness and its relativist lack of a moral foundation has opened up secular mindfulness to a host of dubious uses, now called out by its critics as McMindfulness. McMindfulness occurs when mindfulness is used, with intention or unwittingly, for self-serving and ego-enhancing purposes that run counter to both Buddhist and Abrahamic prophetic teachings to let go of ego-attachment and enact skillful compassion for everyone.