Officials have confirmed 105 cases so far in April, and 1,186 in the outbreak to date. The carefully planned raids targeted individuals suspected of forming a criminal union in the northeast of Germany. The city of Cottbus, in particular, is known as a hot spot of right-wing extremism.

The legislation, called the Save the Internet Act, faces long odds in the Republican-led Senate. 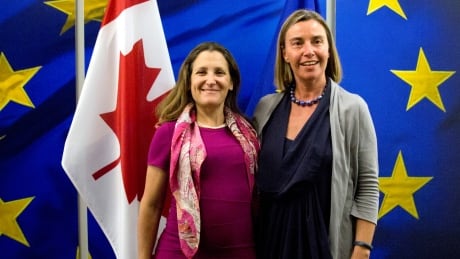 As relations with China remain rocky, Europe remains a potential bright spot for Canadian trade. But experts warn a new EU-U.S. trade war helps no one. 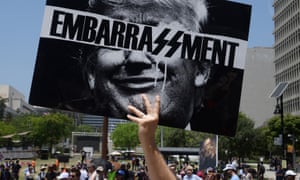 Kirstjen Nielsen’s forced resignation as US secretary of homeland security is no reason to celebrate. Yes, she presided over the forced separation of families at the US border, notoriously housing young children in wire cages. But Nielsen’s departure is not likely to bring any improvement, as Donald Trump wants to replace her with someone who will carry out his anti-immigrant policies even more ruthlessly.

The president’s immigration policies are appalling in almost every aspect. And yet they may not be the worst feature of his administration. Indeed, identifying its foullest aspects has become a popular American parlour game. Yes, he has called immigrants criminals, rapists and animals. But what about his deep misogyny or his boundless vulgarity and cruelty? Or his winking support of white supremacists? Or his withdrawal from the Paris climate accord, the Iran nuclear deal, and the Intermediate-range Nuclear Forces treaty? And, of course, there is his war on the environment, on healthcare, and on the rules-based international system. 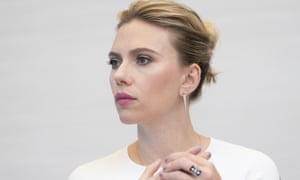 Scarlett Johansson warned of another incident “like Princess Diana” after alleging she was pursued through Los Angeles by a group of paparazzi. The actor, 34, said she was leaving a studio following an appearance on US talk show Jimmy Kimmel Live! when a group of photographers spotted her.

Five cars with blacked-out windows then apparently sped through red lights and put “other drivers and pedestrians at risk” so their paparazzi passengers could obtain details of where she and her four-year-old daughter were staying. 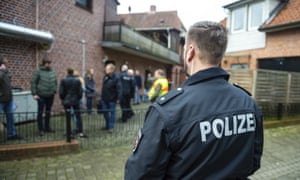 Thirty properties including flats, offices and commercial premises in the states of Brandenburg, Berlin, Mecklenburg-Vorpommern and Saxony were searched in the operations which began at dawn and continued into Wednesday afternoon.

Given up all support of law and democracy

The US attorney general, William Barr, made an explosive claim in Washington on Wednesday, saying that he believed “spying did occur” on Donald Trump’s 2016 election campaign under Barack Obama’s administration.

The president has frequently made such a claim and Barr indicated that he believed it was true in some fashion and that he wanted to determine whether that surveillance was justified. Under sharp questioning by lawmakers, he admitted there was no evidence of wrongdoing.

Though success has been shown in only 2 patients, recruitment of more patients is under way.

At a fundraiser in San Antonio, Texas, President Trump expressed disappointment that his troops-rough-up-asylum-seekers-at-the-border fanfiction has yet to become a reality. “Our military can’t act like a military would act,” said Trump. “Because if they got a little rough, everybody would go crazy.” Trump also used the roundtable to spread more lies about dangerous migrants and the effectiveness of his fantasy wall. [NY Times/NBC News]