Playing on Netanyahu’s warning about Arab citizens of Israel voting in the last elections, a grassroots campaign raises tens of thousands of shekels to bring Bedouin from unrecognized villages to the polls — not quite in droves, but mini-bus by mini-bus.

Illustrative photo of an Israeli bus driving along an unpaved road in the Negev/Naqab desert. (Zoe Vayer/Flash90)

On Election Day in 2015, Benjamin Netanyahu sent a video to his supporters warning that “Arabs are heading to the polls in droves, and left-wing organizations are bringing them in buses.” This Tuesday, his then-baseless exhortation will become a self-fulfilling prophecy.

More than 1,400 Israelis have donated tens of thousands of shekels to a crowdfunded initiative to bus to the polls Bedouin citizens of Israel who live in unrecognized villages in the Negev desert (Naqab, in Arabic).

Get-out-the-vote efforts are par for the course for nearly every party in nearly every democratic country these days. In the United States, both major parties field volunteers to drive voters to the polls. Even Netanyahu’s warning about droves of Arab voters was a scare tactic meant to push his voters off the couch and to the ballot box. Turnout is almost always a deciding factor in elections, and motivation to vote is a driving force in turnout.

The campaign to bus Bedouin voters, however, was designed to solve a different problem. So-called unrecognized Bedouin villages, where tens of thousands of Israeli citizens live, do not have the most basic infrastructure most developed nations afford their citizens. They do not have running water, electricity, sewage, paved roads, public transportation — and no polling places.

Anyone living in an unrecognized Bedouin village who wants to vote must travel significant distances in order to do so in most cases. And without a car, it’s extremely difficult if not impossible to pull off.

The initiative, which is being fully funded by a crowdfunding campaign run by “Zazim,” an Israeli grassroots organizing group akin to MoveOn, and the Regional Council of Unrecognized Villages of Negev, is expected to bring between 6,000 and 10,000 Bedouin voters to the polls on Tuesday.

According to Zazim’s website, as of Sunday morning the campaign had raised enough money to hire at least 40 mini-buses and all-terrain vans that can ferry as many as 15 voters at a time between their villages and polling places.

“A high percentage of people in unrecognized villages don’t show up to vote simply because they don’t have a way to,” estimated Atia al-Asam, head of the informal unrecognized villages council, which as part of the campaign mapped out what the villagers need to make it to the polls on Tuesday.

“The polling places are only in recognized villages,” al-Asam explained, adding that some are forced to travel up to 70 kilometers (over 40 miles). He believes it is the lack of transportation that makes most Bedouin residents of the unrecognized villages stay home on Election Day.

The state has an obligation to enable its citizens to vote, al-Asam said. “Why don’t they put polling places in the unrecognized villages where there are schools? It would solve the problem.”

“We don’t tell people whom to vote for,” al-Asam emphasized, “the point is that they vote.”

At Zazim, the message was more political, inasmuch as the legitimacy of Arab votes and voters has been politicized in Israel.

“In the 2015 elections, Netanyahu tried to present Arab citizens’ votes as a threat but the real threat to democracy is the worsening incitement against 20 percent of [Israeli citizens],” Zazim’s executive director, Raluka Ganea said, referring to the more-than 1.5 million Arab citizens of Israel.

“Our initiative is the grassroots answer to that incitement, Ganea added. “Our community is extending its hand in solidarity to the Bedouin citizens of the Negev, and is sending a clear message to all Arab citizens: your voice counts to us.”

The post Left-wingers are busing Arabs to the polls in droves — for real this time appeared first on +972 Magazine.

The Treasury secretary has agreed to recuse himself from matters that could benefit his wife’s film business.

Unvaccinated children, many of whom had been staying at home since December because of an ongoing measles outbreak, returned to schools in Rockland County Monday, three days after a judge temporarily overturned the county’s state of emergency. [ more › ]

During this past glorious spring weekend, The New York Times published some light reading about Candida auris, a drug-resistant fungal infection that’s spreading around the world. [ more › ] 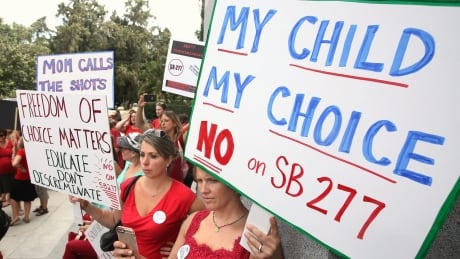 Despite medical evidence in favour of vaccinations, the Ontario Medical Association says more and more parents doubt the science because of misinformation online. Now they’re beginning a campaign to correct common myths about vaccines. 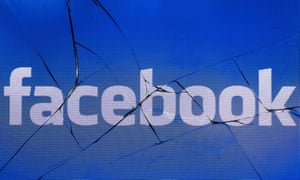 New Zealand’s privacy commissioner has lashed out at social media giant Facebook in the wake of the Christchurch attacks, calling the company “morally bankrupt pathological liars”.

The commissioner used his personal Twitter page to lambast the social network, which has also drawn the ire of prime minister Jacinda Ardern for hosting a livestream of the attacks that left 50 dead, which was then copied and shared all over the internet. 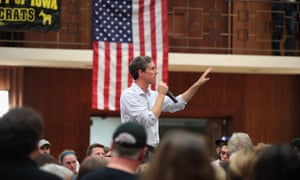 Israelis prepare to go to the polls: what you need to know

Beto O’Rourke, the Democratic White House hopeful, has weighed in on Israel’s election, describing the Israeli prime minister, Benjamin Netanyahu, as a racist and obstacle to peace in the Middle East.

“The US-Israel relationship is one of the most important relationships that we have on the planet,” O’Rourke said on a campaign stop at the University of Iowa. “And that relationship, if it is to be successful, must transcend partisanship in the United States, and it must be able to transcend a prime minister who is racist.” 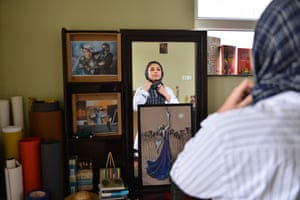 The Women by Women project commissions local female photographers to tell the stories of trendsetting women and girls, in countries where the charity ActionAid works. The series starts with these stories of radical women in Kabul, including a street artist, a kickboxer and a politician

In 2018, less than a quarter of photographs published in major media outlets were taken by female photojournalists. Women by Women aims to demonstrate the importance of showing diverse perspectives in photography; female as well as male; local as well as international, and how different the world can look as a result.

Putting this brief in the hands of local female photographers, the series starts in Kabul, Afghanistan, with the stories of a kickboxer, politician, street artist, yoga teacher, fashion designer and drugs counsellor. They are all breaking down gender barriers and shattering stereotypes in different ways, in one of the most dangerous countries in the world for women. 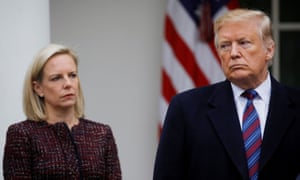 Donald Trump has been pressing for the Department of Homeland Security to reinstate the controversial child separation policy, CNN reports.

The policy was reversed after intense controversy. But Trump has been insisting bringing it back was necessary to deal with growing numbers of migrants arriving at the border, according to CNN. Kirstjen Nielsen had been resisting, one of the splits with Trump that led him to push her out.

Senator Brad Hoylman is sponsoring the bill, which would let the commissioner of the Department of Taxation and Finance turn over state income tax returns requested by a congressional committee for a legitimate legislative purpose.

If Washington fails to give the American people the transparency they deserve, New York will take the lead.https://t.co/Q7lshMBWv8 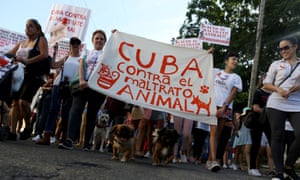 Protests were authorized by the communist government, pointing to an expanding tolerance for Cubans to express their views

Hundreds of Cubans have marched through Havana calling for an end to animal cruelty, in what organizers believe was the first independent march authorized by the one-party state.