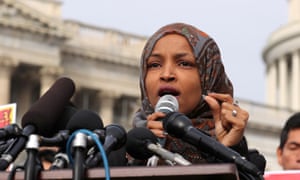 Donald Trump and Fox News are coming under fire for contributing to a climate of Islamophobia, following the arrest of a supporter of the president who threatened to kill Ilhan Omar, a Democrat from Minnesota who was one of the first Muslim women elected to the US Congress.