New poll shows Jews and Arabs see the benefits of cooperation. But that doesn’t mean Jewish Israelis are ready to let Arabs hold positions of power. Markus Frohnmaier, an MP for the far-right AfD party, could be controlled by Russia, media have reported. Frohnmaier is known for taking Moscow-friendly positions.

Officials said that they had found “suspicious elements” in each case and that “there is clearly something happening in this community.”

right – time is up Joe – stay on speaking circuit and help but don’t run. 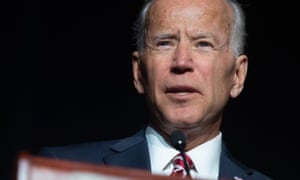 Obama’s deputy represents the worst of the last 40 years of the Democratic party. Let’s look to future and pick someone else

This week, at least five women have come forward to accuse Joe Biden of inappropriately touching them in public spaces. (The first was Lucy Flores in a heartfelt article in New York magazine.) In response, Biden put out a two-minute video that didn’t include an apology. Instead, his team put out a “bat signal” to Democratic elites and allies to come forward and defend him. At a moment when working-class women of color are finally getting space in mainstream politics to speak their truth, the Democratic party should be realigning to put their concerns front and center. Throughout his career, Biden has done the opposite. 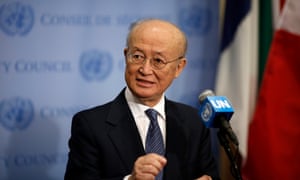 The head of the UN nuclear watchdog organisation said Saudi Arabia would have to agree to a programme of inspections and other safeguards before importing nuclear fuel for a research reactor nearing completion in Riyadh.

Yukiya Amano, director general of the International Atomic Energy Agency (IAEA), said, however, that Riyadh had not yet given a clear answer on its intentions. 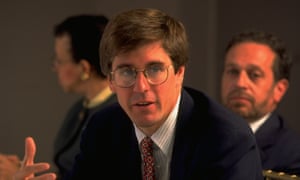 A court official accompanied by four police officers had to break into the home of Stephen Moore, Donald Trump’s pick for the Federal Reserve board, after he repeatedly failed to pay debts to his ex-wife. 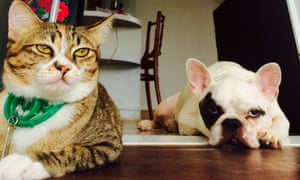 There has been a spike in people refusing to vaccinate pets against deadly diseases, including some that can infect humans

Sam Kovac can’t say for sure what prompted it, but in the past few weeks the Sydney veterinarian has been faced with the same alarming, beguiling question over and over: “Will this vaccination give my dog autism?”

“It’s actually ridiculous. I mean you hear chatter over the years, but just in these last few weeks it’s really, really ramped up,” he tells Guardian Australia.

Overnight, New South Wales announced another two cases of measles bringing its total “since Christmas” to 30 cases.[1] Today Queensland announced another two as well. But perhaps more worrying is the very sudden but much quieter measles outbreak happening in the Northern Territory (NT).[10] Measles hot spots are popping up all over Australia.

In 2014, Australia was officially certified by the World Health Organization (WHO) as having eliminated measles.[10][2] Measles is a vaccine-preventable disease, and Australia has good vaccine uptake.

The cases Australia detects begin when an infected visitor or citizen returning from travel to countries without sufficient vaccine coverage. Sometimes, those cases pass the infection to others within Australia who are not adequately immunised. This transmission is especially obvious when it occurs in a pocket of unvaccinated people. Our high vaccine coverage means this doesn’t happen very often. But 2019 is turngin out to be a busy one.

2019 is seeing quite a few new measles cases

Measles hot spots have popped up all over Australia. Victoria is up to 9 cases for 2019 [2], South Australia has had 2 [4], Western Australia reports 15 [5], 1 has been reported from the Australian Capital Territory, Queensland has reported 9-11 [7-9] and Tasmania remains measles-free in 2019. Darwin in Australia’s Northern Territory recently reported 23 cases.[11] These aren’t all worryingly unusual numbers overall, but some are, and some are high for this early in the year.

Is the Darwin outbreak still going?

The Northern Territory produced a series of media releases from early March, detailing a rapid rise in new Measles cases.

The first case was reported February 7th. This was a Darwin resident returning from travel to Vietnam.[12] They visited the Palmerston Regional Hospital on the 15th and 17th of February. The second case also visited that hospital. The next media update, March 19, listed eight cases – four of them having been confirmed in the preceding two days.[13] There were no direct links between the previous and new cases.

The March 26th update listed 12 cases, all from around the local area.[14] The last update, March 28, described 23 cases and noted that initial measles-mumps-rubella vaccinations would now include 9-12-month-old babies, thus dropping the age at which the first of two vaccine doses are given by three months.[10] This final update noted that most cases so far were in adults. There were “well over” 1,000 contacts of cases.

Measles in the Northern Territory has been showing a worrying rate of new cases.

But that last report was over a week ago. Given how steep the curve (above) was up until the 28th, it’s very tempting to think that there have been more cases since then. But the national figures also haven’t moved so perhaps the outbreak was very quaikcly contained.

It is important to find out what’s happening in the NT. Messaging helps remind the local population about vaccination and boosters. Communication also alerts the rest of the country to the degree of risk to expect from travelling to, and in travellers from, the Darwin area.

There are a lot of causes of fever and rash. Sometimes it’s hard to narrow down a likely culprit in the early stages of a disease. Travel and contact history help inform initial laboratory testing and management of patients. Knowing that travel from within Australia could be a factor – not just from a known overseas measles hotspot – is important information to have.

The post Measles hot spots all over Australia appeared first on Virology Down Under.

Saudi Arabia has launched a fresh round of arrests of activists and critics, many of them supporters of jailed civil rights campaigners, in an apparent rebuff to mounting international pressure over its treatment of dissidents.

Eight people, including two US-Saudi citizens, were detained on Thursday in the first such sweep of perceived critics of the country’s de facto ruler, Crown Prince Mohammed bin Salman, since the killing of writer Jamal Khashoggi in the Saudi consulate in Istanbul in October.