Official reminder while visiting this public treasure: “It’s not a ‘Sound of Music’ moment … resist the temptation to run out and twirl.” A report has found that right-wing non-profits in the US have ramped up spending on lobbying and campaigns in Europe. It comes amid fears that far-right parties could make big gains in European elections this May.

traitors all set up 9-11 two! “If you cannot trust a regime with a bone-saw, you should not trust them with nuclear weapons,” one lawmaker responded. Many in Congress fear Riyadh could use American technology to develop a nuclear bomb. 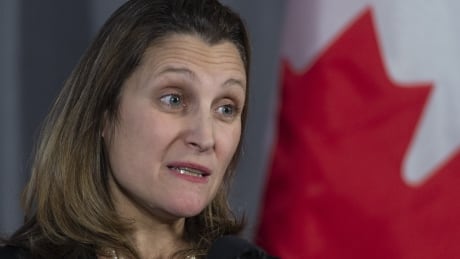 duh!!! but top people are not listening – they think they will have a pass and will not be among the dead! 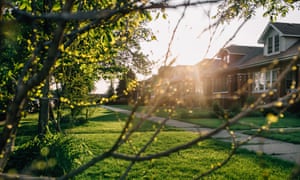 Half a billion more people could be at risk from mosquito-transmitted diseases within 30 years as a result of the warming climate, according to a new study.

Canada and parts of northern Europe could be newly exposed to the threat. People there could come into contact with yellow fever, Zika, dengue and chikungunya, as well as other emerging diseases.

Denizcan Grimes (@MrFilmkritik) Tweeted:
Can’t imagine being someone like Betsy DeVos. She’s worth billions of dollars. She could retire forever on an island somewhere. But she chose to go through a grueling public humiliation just for the opportunity to take education away from poor kids.
Imagine being that depraved. https://twitter.com/MrFilmkritik/status/1110650532987699200?s=17

This Administration is nothing but a cesspool of corruption, and anything that has been done to protect the consumer, they are trying to get rid of it.

No need to bribe your kid’s way into school if those pesky poors can’t even afford to apply anymore.

A week after federal prosecutors revealed just how brazenly rich families cheat to get their kids into elite colleges, the White House proposed changes to higher education laws that would further widen the college access gap between people born into money and those less fortunate.

On Monday, President Donald Trump and Education Secretary Betsy DeVos announced that they want Congress to cap the amounts that students and families can borrow for post-secondary schooling. Though the proposal markets the lending caps as a path to reducing the tuition colleges charge, higher ed experts warned it would actually just make it harder for working-class families to compete with their richer peers on schooling.

If there’s one thing that last week’s bribery scandal — which led to dozens of arrests and thousands of tweets from outraged internet rubberneckers — threw into stark relief, it was that the upper crust is willing and able to spend huge amounts of money to burnish their children’s educational credentials.

“The fact that we have a two-track system for graduate and undergraduate education shows that we treat higher education as a commodity, and the borrowers as consumers, and that’s not how we should treat them,” Student Debt Crisis executive director Natalia Abrams told ThinkProgress. “I think with this whole college bribery scandal, we’re seeing that colleges are brands in their own right. When people are paying an extra million dollars to send their kids to a college on top of the yearly costs,” she said, it’s evidence that government should step in somehow.

They aren’t doing this out of concern for the students. They are doing this because, yes, they want to attack the access to education for non-Whites and non-Rich students.

And, because they want to force students to PRIVATE Borrowers – which President Obama’s Administration had cut down on. And, if they can’t get the money from Private borrowers, then, guess what….they are SOL, and can’t go to school…which, is the entire point. There is absolutely nothing relating to education where the unqualfied Secretary of Education Betsy DeVos has done that would consider being beneficial to students. She has done everything she could to harm non-rich, non-White students.

Because…THAT is who they are.

And, stopping people from getting an education wasn’t enough for Secretary of Education Betsy DeVos.

We got this information from them on Tuesday:

Appearing before a House subcommittee Tuesday to review the department’s proposed budget for the upcoming fiscal year, DeVos said, “We had to make some difficult decisions.”

DeVos’s remarks came in response to questions from Rep. Mark Pocan (D-Wis.), who pressed her on the amount of kids the budget cut would impact.

“I don’t know the number of kids,” DeVos said before Pocan answered that 272,000 kids would be impacted.

“I think Special Olympics is an awesome organization, one that is well supported by the philanthropic sector as well,” DeVos said.

The cuts were difficult decisions?

There are no difficult decisions when it comes to the evil with this group. They can find any reason in the world to blow a hole in the budget deficit to give TRILLIONS to the top 1%, but, can’t find the money for the Special Olympics and cutting $51 million from Autism research?

@SpecialOlympics @realDonaldTrump DeVos wants private charity to make up for the elimination of federal support.

But the Tax Cuts and Jobs Act of 2017 actually *discourages* charitable giving over prior years.

Of course..the answer to everything from Republicans when cutting services….let private charity make up for it.

I can’t even begin to explain how much I loathe these people.

President Trump and the GOP gave a massive tax cut to the top 1% most wealthy Americans, but cannot provide funding for Autism programs and the Special Olympics.

Can’t imagine being someone like Betsy DeVos. She’s worth billions of dollars. She could retire forever on an island somewhere. But she chose to go through a grueling public humiliation just for the opportunity to take education away from poor kids.

Only 32% of residents trust that authorities represent their best interest, and 26% believe Ebola isn’t real. The trial of 11 women’s rights activists in Riyadh has drawn sharp criticism from Western countries. Some of the women have said they were tortured and sexually abused during interrogation.

Traitors act and go boldly to set stage for next 9-11 – nuclear! U.S. Energy Secretary Rick Perry has approved six secret authorizations by companies to sell nuclear power technology and assistance to Saudi Arabia, according to a copy of a document seen by Reuters on Wednesday.