With the threat of a measles outbreak hanging over Germany, the government is considering making the vaccination mandatory for children. While many parties back the move, the Green party remains skeptical. Audits to expose ex-SS veterans and collaborators worldwide still being paid pensions by Germany have been demanded by the Central Council of Jews in Berlin. Two new German books detail post-war ex-Nazi lobbyism.

An Al Jazeera investigation created a fake gun lobby group in Australia which covertly recorded meetings between One Nation and powerful players in the US gun lobby, in which the political party sought funding to change Australia’s gun laws. 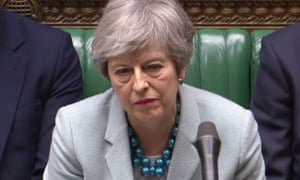 Brexit has split what was left of the Conservatives. The sooner they realise it, the better for the country

Just another day in Brexit deadlock, as the prime minister rose to address the parliament she had so brutishly insulted with her demagogic “I am on your side” attempt to speak to “the people” over MPs’ heads. No apology, but she came to admit that her deal was in the quicksands, sinking fast, and she dared not bring it back for another trouncing. She is where she put herself, disgracefully in hock to the bigots and bullies of the Democratic Unionist party, who act against the will of remain-majority Northern Irish voters. Jeremy Corbyn was polite to call this “a national embarrassment”: this is far, far worse than a few blushes.

For parliament to seize control would, May wrongly claimed, set a dangerous precedent

“This outbreak has gone on far too long,” WHO chief says. 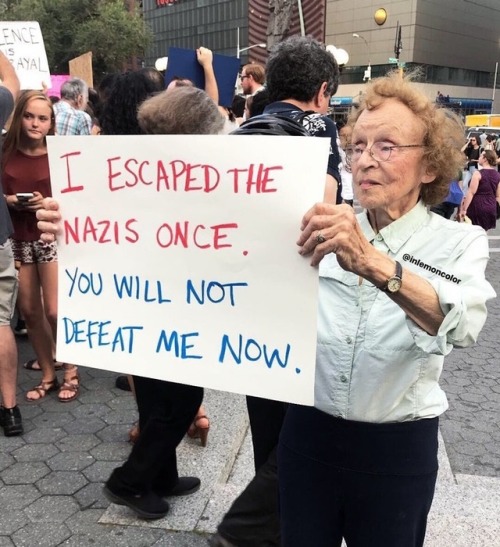 Meet 89-year-old Maryanne who came to protest and stand in solidarity with Charlottesville. — @inlemoncolor on Instagram

She a real G

The father of a child who died in the Sandy Hook Elementary School apparently died by suicide at Newtown, Connecticut’s town hall on Monday morning. Local authorities arrived at the town hall around 7 a.m. Monday and found Jeremy Richman dead, according to NBC Connecticut.

It appears special counsel Robert Mueller has left a twist in the tail of his report that will prevent this sorry saga from being finally put to rest, writes Washington bureau chief Zoe Daniel.

A report published Friday by a Seoul-based North Korean defector-led NGO details the extreme measures by which the Kim Jong Un regime has been able to instill fear, purging 421 officials since 2010 as a means of consolidating power around the Supreme Leader ever since he took office.

At a panel discussion in Washington on Friday, NKSC Chairman Kang Chol-hwan said that these testimonies reveal that since becoming the apparent heir to his father Kim Jong Il in 2010, Kim Jong Un and his regime have purged a confirmed 421 people.

The report names specific key figures that were executed, sometimes publicly, or banished. These include members of Kim’s family, such as his uncle Jang Song Thaek, who was executed in 2013, and Kim’s half-brother Jong-nam, who was assassinated at a Malaysian airport in 2017.

When he had his uncle Jang killed, “more than 15 people were killed and 400 others were purged,” the report says, quoting a book by Thae Yong Ho, a former North Korean envoy to the United Kingdom who defected to South Korea in 2016.

“Not even the youngest members involved in delivering documents were tolerated or shown mercy,” Thae added.

He explained that the official reason for the purges were because Jang “sold the country’s resources to foreign countries at a low price.”

Meanwhile, on the assassination of Kim Jong Nam in the Kuala Lumpur airport in February 2017, the report cites the testimony of a former North Korean Spy surnamed Ri, who had been dispatched to South Korea.

“It is undeniable that the Kim Jong Un regime was behind the act of terror against Kim Jong-nam,” said Ri in the report.

“The assassination was a direct order from Kim Jong Un. The basis behind such reasoning is simple: there is no country or individual, other than Kim Jong Un’s regime who would wish to kill Kim Jong-nam,” said Ri.

The report, confined only to confirmed cases, lists the full names of more than 50 purge targets, while confirming that hundreds more were purged or executed without naming those victims.

The report details nine purging methods, including especially cruel methods like hanging, feeding naked prisoners to hungry animals, and use of anti-aircraft guns or flamethrowers in firing squads.

A former student at Pyongyang Commercial College identified as Moon said in the report that he had witnessed a public execution of 12 people carried out by soldiers operating four anti-aircraft guns. He said that the four guns were aimed at one person and simultaneously fired, before being re-aimed at the next victim.

After the execution, Moon described an armored vehicle crushing their remains. He said he had nightmares and could not eat for several days after seeing the spectacle.

At the panel discussion, Jared Genser, a member of Human Rights in North Korea’s (HRNK) International Advisory Council explained that these methods were meant to control not only the ordinary citizen, but also those close to the regime.

“They need to instill fear into people working for the authoritarian leader, and they need to keep people at bay by making them very fearful that anything they say or do could result in torture, extrajudicial killing, arbitrary detention and so forth,” Genser said.

Kang said that the timing of this report was perfect, as U.S. President Donald Trump’s planned second summit with Kim in Hanoi, Vietnam is scheduled for next week.

He issued a plea to Trump to raise human rights with Kim as they discuss nuclear disarmament and other security issues in Hanoi.

“Read this report that has hard evidence of the facts, and they’re corroborated. Know your counterpart, who he is. The single most important issue when dealing with him is not denuclearization. It is the human rights issue,” said Kang through an interpreter.

HRNK Board Member David Maxwell, who also serves as a senior fellow for the Foundation for Defense of Democracies, said Trump should read the report.

“This report, if we could have the president read it, or read parts of it, read some of the testimony would really, I think change the president’s mind or at least give him insights,” Maxwell said.

“So when he looks at Kim in the eye, he can think about what he has done to the people in the North,” Maxwell added.

While the major topic for discussion at next week’s summit will be the denuclearization of the Korean peninsula, every panelist stressed the importance of keeping the human rights issue front and center.

Genser said that he believes Kim has no interest in denuclearization.