The U.S. Federal Emergency Management Agency (FEMA) exposed 2.3 million disaster survivors to possible identity theft and fraud by sharing sensitive personal information with an outside company, according to an internal government watchdog.

A Republican proposal would condition the right to vote on the payment of all outstanding court fines and fees.

An online petition on Parliament’s website is unlikely to change the course of Brexit, but Britons keep signing anyway.

A user on 4chan promised an “ethnic cleansing in my school” in a post that targeted black and Hispanic students.

A government spokesman said the girl had “provided inconsistent information” while crossing during her daily commute to school and was detained while her identity was verified. 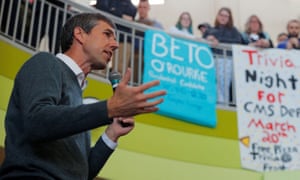 Is grandiose narcissism required of anyone who wants to run for president?

Beto O’Rourke, the former El Paso Congressman and failed Texas Senate candidate who announced his presidential run last Thursday, named his first son Ulysses. It’s a Latinized name for the hero, Odysseus, in the Homeric epic The Odyssey. This is typical of Beto: he likes heroes, and the stories of their discovery, trials, and triumphs.

One of Beto’s favorite books is The Hero’s Journey, an overview by the literary theorist Joseph Campbell of Campbell’s theory of heroic myth. In Campbell’s work, the hero story, or “monomyth,” can be broken down into component parts, genre conventions that reappear in myth after myth: The hero ventures forth from the common world into a more significant world of wonder; he is tested, but wins a decisive victory. Then, he returns, with the power to bless and lead the little people who stayed behind. 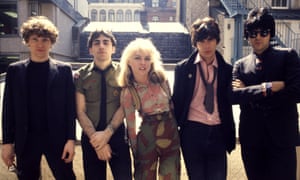 This directive will help artists’ futures with protection from video-streaming services like YouTube. Why lobby against it?
• Debbie Harry is the lead singer of Blondie

In 2016, I joined a campaign with the music community and other creative sectors to fight to ensure that video-streaming services, such as YouTube, pay fairly for music and other creative content that they profit from. Now, in 2019, we have made great progress, but we are not there yet.

The EU is on the verge of adopting a law that will significantly improve the ability of the creative community to secure fair deals for the use of their work by user-uploaded content services such as YouTube. This legislation, namely article 13 of the proposed copyright directive, would fix a fundamental flaw in the music market known as the “value gap”, where fair revenues are not being returned to those who make the music by these platforms. 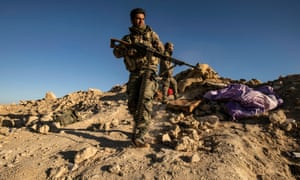 The Trump White House has declared that the Islamic State no longer holds any territory inside Syria, but the claim was disputed by Kurdish-led forces on the ground who said clashes were continuing.

Sarah Sanders, the White House press secretary, told reporters that the acting defence secretary, Patrick Shanahan, had briefed Donald Trump and that the Pentagon had confirmed that the last vestiges of the Isis “caliphate” had been eliminated.

“[t]rump minimized and downplayed the threat to the United States and the world represented by white supremacists and other right-wing terrorists, a hive mind of hate that national security experts are now describing as ‘White ISIS.’

…”[T]his clash of cultures is weaponized as propaganda campaigns designed to delegitimize whole classes of peoples:  Blacks and civil rights and voting rights; women and reproductive rights; the LGBTQ and gay rights; workers and labor rights; environmentalists and environmental laws and science.

…“We are watching, in real time, a new right discourse come to define the American presidency. The term ‘alt-right’ is too innocuous when the new political formation we face is, in truth, neo-fascist, white-supremacist, ultranationalist, and counterrevolutionary. Too few Americans appear to recognize how extreme [t]rump has become.

…”It is true that [t]rump is a nadir in the history of the American presidency and the country’s democracy. However,  his regime is not an emptiness or a void but rather the embodiment of everything wrong with America’s political culture, society, collective values and psyche, as well as the personal and moral failings of too many millions of its citizens.”