Love ya Joe but #YourTtime’sUp The former vice president is considering naming a running mate earlier in the primary than is customary, and the possibility of serving only one term.

GOP Poll Tax! Citizens voted in the vote and GOP looking for way to stop what citizens want! Supporters say the measure is meant to resolve confusion. Opponents contend it would undermine an amendment approved by voters in November.

Only by the bizarre logic of the U.S. pharmaceutical industry does this drug count as any kind of generic.

In one of several lawsuits over efforts to weaken the power of Gov. Tony Evers, the judge issued a temporary injunction. 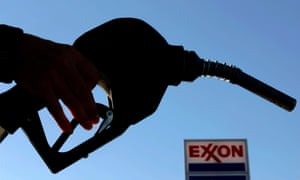 Chevron, BP and ExxonMobil were the main companies leading the field in direct lobbying to push against a climate policy to tackle global warming, the report said.

The leader of the Spanish far-right political party Vox, Santiago Abascal, has called for the country’s criminal code and gun regulations to be reformed to make it easier to own a gun and to ensure people who shoot home invaders are not prosecuted by the law, as is the case in the United States.

Police are searching for a man who attacked a woman seemingly at random on a Brooklyn sidewalk earlier this month. [ more › ] 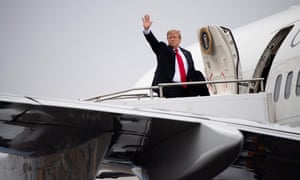 In an interview on Fox Business Network’s Maria Bartiromo on Mornings With Maria, top White House aide Kellyanne Conway declined to weigh in on her husband’s feud with Donald Trump. “I appreciate the president defending what he thinks is unfairness. I’ll leave that up to him. I was raised, though, in a household of strong Italian Catholic women who taught me that you air grievances like that in private.” said Conway.

She also compared her husband’s criticism of Trump to that of others on social media who constantly criticize the president.

Models based primarily on economic data show Trump as favorite due to a strong economy and low unemployment.

“The economy is just so damn strong right now and by all historic precedent the incumbent should run away with it,” said Donald Luskin, chief investment officer of TrendMacrolytics, a research firm whose model correctly predicted Trump’s 2016 win when most opinion polls did not. “I just don’t see how the blue wall could resist all that.”

Models maintained by economists and market strategists like Luskin tend to ignore election polls and personal characteristics of candidates. Instead, they begin with historical trends and then build in key economic data including growth rates, wages, unemployment, inflation and gas prices to predict voting behavior and election outcomes. 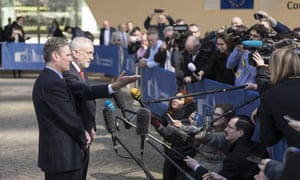 We are being trolled by a prime minister who is prepared to drive a nation into the abyss to preserve the cohesion of the Conservative party. Like a partner who perennially hints at a romantic three-course meal and a possible popping of the question only to give you beans on toast, Theresa May served up another anticlimax with her national address. She provided no exit routes out of a building she has set alight, merely attacking a parliament she forced the electorate to vote for less than two years previously.

It is the most basic statement of political reality to say that Britain’s national crisis has been manufactured by the Conservatives, but it’s one that needs repeating in a media environment rigged in favour of the right. A generation-long Tory power struggle and the disastrous attempts to navigate it by David Cameron and his successor have brought Britain to its knees. The narrative over the coming days will be that the onus is on Labour to accept May’s deal – a deal both remainers and leavers are united in judging to be terrible – or condemn Britain to no deal.