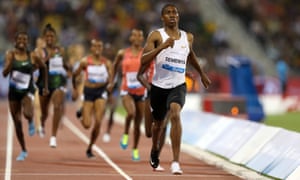 Proposed regulations on testosterone levels in women’s athletics have been criticised by academics who say they are not backed by scientific evidence and risk opening a pandora’s box on genetic advantages in sport.

The International Association of Athletics Federations (IAAF) put forward new regulations which could require some female athletes to lower their testosterone level. However the introduction of these regulations is currently on ice while the courts decide on a legal challenge brought by the South African athlete Caster Semenya, a female 800 metre Olympic gold medallist. A ruling is expected within days. 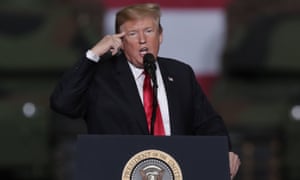 The president faced widespread backlash for reviving his criticism of McCain, who died of brain cancer last year.

Kingston Pharma, LLC of Massena, NY is recalling Lot KL180157 of its 2-fluid ounce (59 mL) bottles of DG(TM)/health NATURALS baby Cough Syrup + Mucus” because it has the potential to be contaminated with Bacillus cereus/ Bacillus circulans. Bacillus cereus in food products has the potential to produce two forms of gastrointestinal illness, one being a syndrome primarily of vomiting, and the other of diarrhea. Most often, illnesses are mild and self-limiting, although more serious and even lethal cases have occurred. Individuals at risk for more severe forms of illness include infants, young children, and others with weakened immune systems. No illnesses have been reported to date in connection with this problem with the use of DG(TM)/health NATURALS baby Cough Syrup + Mucus.

Israeli Occupation Forces (IOF) shot dead two Palestinian youths before an Israeli army bulldozer proceeded to climb over and smash the vehicle they were in,  during clashes which broke out near Joseph’s Tomb site in Nablus city, northern West Bank, on Wednesday morning.

The two were identified as Raed Hamdan, 21, and Zaid Nuri, 20, and were left without treatment as paramedics were blocked from approaching therm by IOF.

The Palestinian Red Crescent crews said that they came under fire while trying to reach the wounded, and the Israeli army prevented them from reaching the wounded.

The sources confirmed that the IOF executed the martyrs in cold blood and walked over the vehicle while the two youth were inside it.

It is noteworthy that last night, IOF killed another Palestinian, Omar Abu Laila (19) who was accused of carrying out a stabbing and a shooting at a checkpoint near Salfit city, northern West Bank. 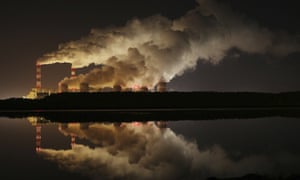 A panel to promote an alternative explanation for climate change would be disastrous. Yet that’s what White House officials want

Americans should not be fooled by the Stalinist tactics being used by the White House to try to discredit the findings of mainstream climate science.

Yup, all lies from that small but loud cabal of confused pro-disease activists I call hardcore anti-vaxxers. Let’s talk polio and AFP and vaccines.