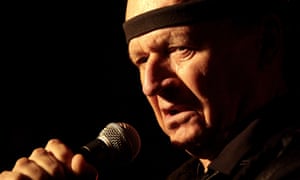 While his music featured most famously in Pulp Fiction, echoes of Dale’s sound can be heard across the rock spectrum

In theory at least, Dick Dale should have been a long-forgotten figure. He was the self-proclaimed King of the Surf Guitar, and surf music – particularly in its instrumental, twangy-guitar-led variety – was a brief fad: one of the passing fancies with which American pop occupied itself between the waning of the first wave of rock’n’roll and the arrival of the Beatles.

Those famous surf music advocates, the Beach Boys, had completely abandoned the genre within a couple of years of their debut single, cannily turning their attentions first to cars, then to the more general vicissitudes of teenage life; Dale’s career should have been over when Capitol Records dropped him in 1965.

Before attending church on Sunday, Donald Trump defended a Fox News host who was taken off air after she questioned whether a Muslim congresswoman’s religious beliefs were compatible with the US constitution. 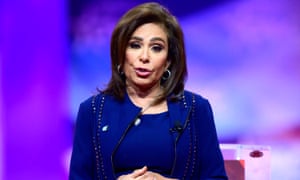 Before attending church on Sunday, Donald Trump defended a Fox News host who was taken off air after she questioned whether a Muslim congresswoman’s religious beliefs were compatible with the US constitution.

Crown Prince Mohammed bin Salman created a secret team that spied on, kidnapped and tortured Saudi citizens a year before the journalist was killed.

Mr. Ivanyi did not keep silent. In both word and deed, he repeatedly challenged the prime minister, continuing to provide services to the homeless and refugees, even giving one Afghan a room in his own home. And he often questioned Mr. Orban’s presentation of Hungary as a monoethnic country, and his claims of governing by Christian principles. “What he does is against the teachings of Christ,” Mr. Ivanyi said recently. “It is the exact opposite of what the Bible preaches about treating the poor, about justice, about responsible service.”