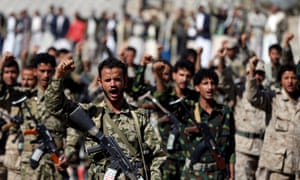 The Senate has voted to end US support for the Saudi Arabian-led coalition’s war in Yemen, bringing Congress one step closer to a unprecedented rebuke of Donald Trump’s foreign policy.

Lawmakers have never before invoked the decades-old War Powers Resolution to stop a foreign conflict, but they are poised to do just that in the bid to cut off US support for a war that has triggered a humanitarian catastrophe.