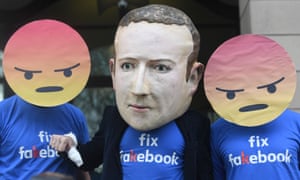 Parliament’s report into fake news raises many questions, but will the government act?

Facebook is an out-of-control train wreck that is destroying democracy and must be brought under control. The final report of parliament’s inquiry into fake news and disinformation does not use this language, precisely, but it is, nonetheless, the report’s central message. And the language it does use is no less damning.

Facebook behaves like a “digital gangster”. It considers itself to be “ahead of and beyond the law”. It “misled” parliament. It gave statements that were “not true”. Its CEO, Mark Zuckerberg, has treated British lawmakers with “contempt”. It has pursued a “deliberate” strategy to deceive parliament.

He still pimps for Trump and in the end, stands with those stealing our future! Rubio said it would be a “crime against humanity” to not let US aid flow into Venezuela. A fierce supporter of acting President Juan Guaido, he has been a central architect of White House policy toward Nicolas Maduro.

Just a final comment — there seems to be a suggestion from some on the right that to challenge Elliott Abrams as a fitting US representative for anything involving Latin American policy is the same as supporting Maduro in Venezuela.   That’s a completely specious argument.    You can be opposed (as I am) to Maduro’s ruinous rule in Venezuela and his violations of human rights without needing to support Abrams who actively acted to cover up the human rights abuses of an oppressive regime in El Salvador and elsewhere.   You have more credibility and integrity if you denounce human rights abuses wherever they exist, not just when the human rights abuses are committed by a government on the opposite side of the political spectrum. 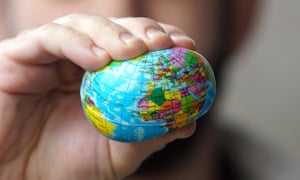 Researchers believe they have identified the prime driver for a startling rise in the number of people who think the Earth is flat: Google’s video-sharing site, YouTube.

Their suspicion was raised when they attended the world’s largest gatherings of Flat Earthers at the movement’s annual conference in Rayleigh, North Carolina, in 2017, and then in Denver, Colorado, last year.

His time is up…

All the signs point to a second Bernie Sanders bid for the White House.

Hyper sensitive people duped by those who enjoy spreading misinformation. Desperate teens of anti-vaxxers are turning to Reddit for vaccination advice: 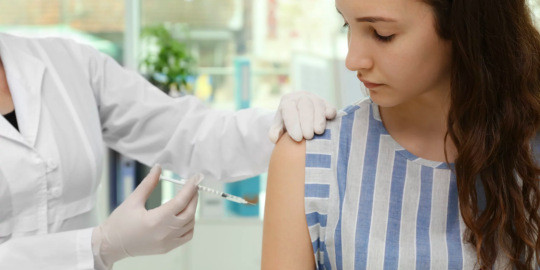 As a kid, Ethan wasn’t allowed to be vaccinated. Ethan’s parents are one of the up to 10 percent of Americans who are against some form of vaccination, often believing that preventing disease in children is a government conspiracy.

But Ethan is not his parents. When he turned 18, he decided to take matters into his own hands. He wasn’t sure where else to begin, so he turned to Reddit.

Ethan’s post flooded with over 1,000 comments from users offering their encouragement and support, along with practical advice.

Anti-vaxxers have also mastered the art of social media, where they effectively disseminate misinformation via platforms like Facebook, Instagram, Twitter, and YouTube. Ethan said his mom is part of many online social groups, with many of them relating to “mothers against vaccines,” and he often sees her posting about how vaccines are a government conspiracy and harmful on Facebook.

“My mom would publish and share videos, articles, and stuff like that about vaccines being bad,” Ethan said. “It’s almost as if she had been radicalized, or indoctrinated at some point. She holds that stuff as gospel.”

Ana Lucía Schmidt, a co-researcher of the seven-and-a-half-year study “Polarization of the Vaccination Debate on Facebook,” told the Daily Dot that the anti-vaxxing community’s social media usage is a classic example of confirmation bias. 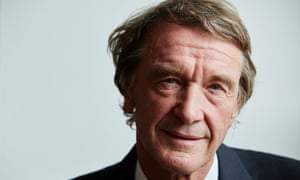 Britain’s richest man, the Brexit supporter Sir Jim Ratcliffe, and two of his key lieutenants at chemicals firm Ineos have reportedly been planning to save up to £4bn in tax after moving to Monaco.

The company, which is valued at about £35bn, is working with tax experts at PricewaterhouseCoopers (PwC) to create a new structure for the business to dramatically reduce the tax paid on its global revenues, according to the Sunday Times. 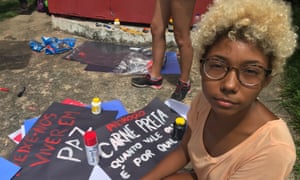 Brazilian activists have taken to the streets in five major cities after the death of a young black man who was restrained by a supermarket security guard.

Campaigners said the protests are feeding a nascent Black Lives Matter movement in Brazil, where nearly three-quarters of all homicide victims are black.

Poland has downgraded its delegation to the Visegrad Group summit in Israel after premier Benjamin Netanyahu suggested “Poles cooperated with the Nazis.” The four-state group is a key element in Israel’s diplomacy.