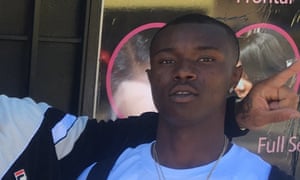 Cellphone footage sparks outrage days after six California officers fired at Willie McCoy, who had been asleep in his car

Video footage of police killing a 20-year-old California man in his car shows a group of officers firing more than a dozen shots at him, prompting his family to say he was “executed by a firing squad”.

Blurry cellphone footage of six officers shooting Willie McCoy, an aspiring rapper who had been sleeping in his car outside a Taco Bell, also revealed that multiple police officers shouted commands at the young man after hitting him with a barrage of bullets.