Operatives from the Bureau of Customs and the Philippine Drug Enforcement Agency seized more than P90 million worth of shabu shipment found inside three mufflers at the Ninoy Aquino International Airport. In a statement, the BOC said the illegal drug shipment weighed 13.1 kilograms and came from West Covina, California, USA, which were declared as car parts.

Darla Shine, a former TV producer, is married to Bill Shine, the former executive at Fox News who was appointed last year as Donald Trump’s deputy chief of staff for communications. Faced with criticism over her comments, Shine accused “the Left” of attempting to smear her. She also suggested, without evidence, that measles can cure cancer, pointing to a 2014 case that was far more complex and did not draw any kind of definitive conclusions. Advertisement This is not the first time Darla’s Shine’s public statements have sparked controversy. She once declared that sunscreen was “a hoax” and on numerous occasions pushed debunked theories about the danger of vaccines. Other unearthed tweets found Darla Shine making profane remarks about race, questioning why white people were considered racist for using “the n’word” given its use by black people and defending the Confederate flag. She has repeatedly struck a dismissive tone when discussing allegations of sexual assault, be it in the military or at Fox News.

A judge’s decision to uphold California’s protections for wolves is a step in the right direction, but one lone wolf’s epic journey across state lines shows that federal protections are necessary to ensure the species’ continued survival.

The wanderer known as “Journey” is a lone wolf no more.

Recently, a California state judge upheld endangered species protections for gray wolves, ruling on the side of this iconic species as well as conservation groups represented by Earthjustice.

This victory raises the hope that the resurgence started by one wolf known as Journey will live on in California, and it strengthens our resolve to fight for the federal protections necessary to ensure wolves can thrive nationwide.

Journey, whose official radio collar designation is OR-7, is a legend among wolf enthusiasts. Back in 2011, he sparked national awe after trekking more than a thousand miles from northeast Oregon to California, where a wolf hadn’t been spotted in almost 100 years. As the Oregon Department of Fish and Wildlife tracked his movements, the large tan- and black-haired wolf moved through such wild areas as the Soda Mountain Wilderness, Crater Lake, and the Umpqua National Forest.

Remote camera photos clipped together of OR7 from May 2014.
USFWS/YouTube

Journey became the first wild wolf to set foot in the Golden State since 1924. He traveled back and forth between California and Oregon for a few years, finding a mate in Oregon in 2014. Soon after, they had three furry black pups and were officially designated the Rogue Pack, the first wolf pack established in western Oregon since the early 1900s. The following year, siblings of Journey’s had their own set of wolf pups in California, known as the Shasta Pack. And in 2017, California’s second known pack of wolves, the Lassen Pack, were discovered with three more pups in Lassen National Forest. These wolves, too, can be traced back to Journey, whose son is the breeding male of the Lassen Pack.

But Journey’s lineage extends even further across the West. He’s likely one of several offspring originating from a successful wolf reintroduction program launched in 1995 by the U.S. Fish and Wildlife Service. That program involved transplanting several wolves from Canada to Yellowstone National Park, and later elsewhere in the Rocky Mountains. When wolves returned to Yellowstone, the ecosystem began to thrive as they helped restore the balance between predator and prey. Earthjustice is pushing for a similar reintroduction program of Mexican gray wolves in the American Southwest.

Together, Journey and his extended wolf pack represent a formidable comeback in a region — and a country — that has historically been no friend of wolves. There were once as many as 2 million of these highly social creatures in North America. By the 1980s, only a few small pockets of survivors remained in the lower 48 states after hunters and fur trappers got their way.

Today, anti-wolf groups and their friends in Congress are determined to repeat the mistakes of the past, returning us to the dark ages when wolves were hunted, poisoned, and killed. Beginning in 2011, legislators stripped gray wolves of federal protections in Idaho, Montana, and Wyoming. Since then, trophy hunters and trappers have killed nearly 3,500 wolves. Now the administration wants to remove protections for wolves across the entire contiguous United States.

The law recently upheld in California makes it illegal to kill wolves within the state’s borders, and also makes state resources available to ensure their recovery. Even if wolves are stripped of the federal protections they currently receive under the Endangered Species Act, they will remain protected within the Golden State.

Journey’s epic travels underscore the need for protections not just in California, but across the United States. That’s why we’re continuing our efforts in court and on Capitol Hill to fight the many attempts by the federal government to remove protections for this endangered species. Without these protections, California — and the country — could be at risk of losing its wolves once again. Join our fight.

The Wall Street Journal reports this mind-boggling statistic:  Cheese producers have put 1.4 billion pounds in cold storage in the hope that the market will improve and prices will rise. Compared to other countries, Americans do not eat much cheese—35 pounds or so per capita per year.

That may be a lot less that the amount consumed in Denmark and other cheese-loving countries, but watch out for the calories: pound of cheese is 1100-1800 calories or more, depending on type.

Chase Iron Eyes, a spokesman for the Indigenous Peoples Movement, which organized the march, criticized the investigation as showing “a serious lack of understanding about the intrinsic, racist culture” in the United States. “We feel that our elder is vindicated by the videos that are out there right now,” he said. “We would expect the adults that are responsible for these children to take responsibility for the racism, or ignorance, that is represented by their children doing the tomahawk chop.”

An intermittent beep marks the rhythm in the operating room. There is no music and no one is speaking. Only a high-pitched tone of the vital signs monitor breaks the silence. It’s 9.30am. On the operating table, a woman is already under anesthesia. Around her, a dozen doctors move in an orderly chaos – the operation has begun. The technical term for it is nephrectomy, but colloquially it is known as a kidney transplant. The woman is the donor, and the recipient is her son.

I was raised Jewish, so while everyone should be deeply concerned about antisemitism, I know the issue affects me personally. If there’s anything I’ve learned about Judaism, it’s that standing up against hate and oppression is about the best thing I can do to honor Jewish history. That’s why I, along with many American Jews, support BDS and unapologetically condemn the current government of Israel for its heinous treatment of Palestinians. J Street, a moderate pro-Israel group that has a Pac that spends a lot of money on politics, is right: we must recognize antisemitic tropes, but “elected officials should also refrain from labeling all criticism of Israeli actions or policies as ‘antisemitic,’ in a transparent effort to silence legitimate discussion and debate”.

Source: Ilhan Omar is right about the influence of the Israel lobby | Alex Kotch | Opinion | The Guardian

Quiet New fascists at work; they don’t want to be disturbed with facts 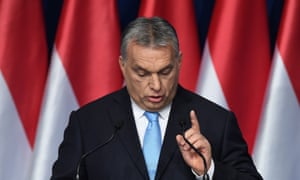 A Hungarian government minister has accused a senior representative of British Jews of politically-motivated lying, telling her to “mind your own business” following a meeting in which she raised concerns about antisemitism.

The secretary of state, Vince Szalay-Bobrovniczky, wrote to Marie van der Zyl, the president of the Board of Deputies of British Jews, this week to take issue with the board’s account of a meeting between the pair.

What distilleries paid for the study? 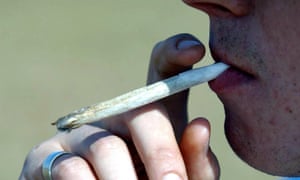 Scientists believe they have identified about 60,000 cases of depression in adults under 35 in the UK, and more than 400,000 in the US, that could be avoided if adolescents did not smoke cannabis.

An international team of scientists looked at 11 studies published from the mid-1990s onwards, involving a total of more than 23,000 people, they report in the journal JAMA Psychiatry. They explored the use of cannabis for non-medicinal purposes in under-18s. Participants were then followed into adulthood to see who developed clinical depression, anxiety or suicidal behaviour. No single study looked at all three mental health issues.

President should do his own killing – not really but what a dirt wad! 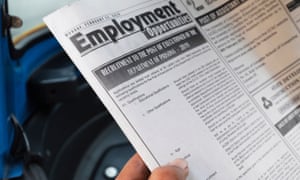 Sri Lankan prison authorities are recruiting two hangmen after the president pledged to end a 43-year moratorium on capital punishment and execute condemned drug traffickers amid alarm over drug-related crime.

Interviews of the candidates will be conducted next month and two will be hired, prison department spokesman Thushara Upuldeniya said Wednesday.