“They’re turning our town into a military base. It’s like the front lines of some kind of war zone,” Nixon, 68, told the Nogales City Council on Wednesday night. “Please take a stand and at least have them get rid of the razor wire. It’s a public nuisance, it’s lethal.” Minutes later, the council unanimously passed a resolution condemning the use of the concertina wire as an indiscriminate use of lethal force normally reserved for battlefields and high-security prisons.

On Monday morning, cyclist Joseph Chaim was killed by a hit-and-run driver in Hell’s Kitchen. No arrests have been made. On Thursday afternoon, NYPD officers stood one block from where Chaim was killed and ticketed cyclists, according to one witness who took video of the encounter, knocking one cyclist off his bike in order it issue a citation. [ more › ]

A former business partner of Paul Manafort who has been accused by U.S. Special Counsel Robert Mueller of having ties to Russian intelligence attended the inauguration of President Donald Trump, according to a court transcript released on Thursday.

In an online post, the chief executive of Amazon said the tabloid’s owner had used “extortion and blackmail” to try to stop his investigation into leaked photos and text messages.

If there’s anything remarkable about this moment, it’s not that these white men donned blackface, but how far they will go to avoid reckoning with what that says about them.

The desire by Chinese companies and other entities to get in front of people internationally has unexpectedly turned China into one of Facebook’s largest sources of advertising revenue, even though the social network itself is not available in the country. Charles Shen, chief executive of Meet Social, said his company anticipated doing $1 billion to $2 billion in ad sales on Facebook and Instagram this year. Each day, he added, Meet Social’s software puts up about 20,000 Chinese ads on Facebook.

Thomas K. Norment Jr., the majority leader in the State Senate, denied responsibility for the racist material in the 1968 edition of the Virginia Military Institute yearbook. 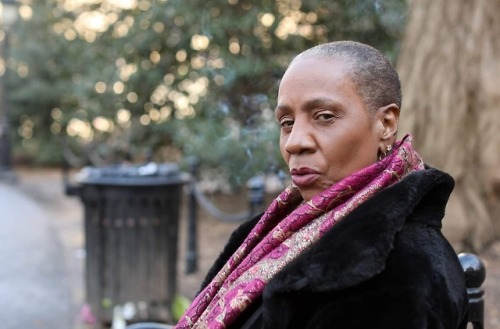 “I owned a frame shop in Atlanta for thirty years.  But every time I went to a theater and sat in the audience, I got the feeling that God had come and left without me.  I just knew that I was meant to perform.  Then one day a woman walked up to me in a health food store, and asked:  ‘Do you always talk like that or do you have a cold?’  I said: ‘Excuse me?’  And she told me that she wanted to cast me in a BMW commercial.  I thought it was a freebie.  But on the way out of the studio, they asked for my social security number.  $750 for three minutes on the mic!  I thought: ‘I need more of this.’  I started taking acting classes.  I got cast in a few local plays.  I moved to New York on my 50th birthday.  I wasn’t about to sit around in my later years wondering if my soul had gotten what it needs.  I drew unemployment for the first time in my life.  But by 2003 I was a member of SAG.  By 2005 I had a speaking part on Law and Order SVU.  And at the age of 62 I was given a full scholarship to the American Academy of Dramatic Arts.  Things have dried up a bit since then.  I had to take care of my mother for six years.  And it’s hard for women of a certain age to get cast.  But it ain’t over yet.  Things happen when they’re supposed to happen.  And I’m a firm believer that nobody can get what is yours to have.  And I will tell you this: I’ve already envisioned what I’m wearing the first time I get invited to the Oscars.  Red mermaid dress, fitted from the waist to the knees, and flaring out at the bottom.  A stand-up collar that frames the back of my head.  Stunning neckline.  And a king’s ransom of rubies on loan from Harry Winston.”

On Wednesday, during the House’s first gun violence hearing in eight years, Florida Representative Matt Gaetz tried to remove Parkland parents from the audience. The parents took issue with Gaetz’s derision of H.R. 8, an act that would require background checks for every gun purchase in America. Gaetz asserted that Donald Trump’s proposed border wall should be a primary focus in the gun violence debate instead. Czech PM and billionaire businessman Andrej Babis has for years stoked anti-migrant sentiment in his country. But many foreigners, who came to the Czech Republic under dubious circumstances, work for his companies.