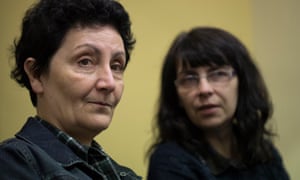 From air quality to sex education and corruption, citizens across the country are taking on the authorities – and winning

Back when Anna Gryta and Elżbieta Wąs started a local campaign to preserve a town square in south-east Poland, they had no idea it would turn them into potent symbols of democratic revival. But almost 10 years since their success in Lubartów, the sisters have become figureheads for thousands of Poles determined to secure the clean, democratic governance promised to them in the wake of the collapse of communism 30 years ago.

It’s a surprising revelation. Poland has become a byword for nationalist populism in recent years as the ruling Law and Justice party defies European democratic norms with its assault on the media and the courts. But away from the limelight, there is a flourishing grassroots movement against the flaws in the country’s democratic culture on which the populists feed. Tight groups of civic activists are notching up success after success across the country on a vast range of different issues – from sex education to air quality and the rule of law, from cycle lanes and public spaces to transparency and participation in local decision-making processes.