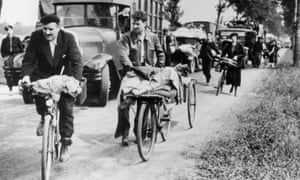 What does the EU want? This simple question has foxed Brits throughout the Brexit talks. It is alleged that Brussels is desperate to retain Britain; that it yearns to get rid of it; that German car-makers and friendly states such as the Netherlands will force Angela Merkel to let Britain cherrypick the best of membership; that Europeans want to ruin Britain, sending it on its way with a punishment beating pour encourager les autres. None of this contradictory speculation has turned out to be right, and Britain’s negotiating efforts have been the poorer for it.

European mainlanders can be hard to read. The Friday before last, prominent Germans including Annegret Kramp-Karrenbauer, Angela Merkel’s heir presumptive, wrote a saccharine letter to the Times urging Britain to stay. On Monday the Polish foreign minister broke EU ranks to suggest that the Irish backstop be limited, to get Theresa May’s deal over the line. Yet on Wednesday Merkel seemingly contradicted her own colleagues, opining fatalistically that Britain, an island, had always had “patchy” relations with the EU and suggesting that its exit is inevitable. The day after, an exasperated Emmanuel Macron told a crowd near Lyon that Brexit has “torn British society apart” and “cannot be delivered”, his tone so critical that it moved a Spectator writer to ask why the French president “hates Britain so much”. The motivations and instincts of our continental partners sometimes baffle us Brits. 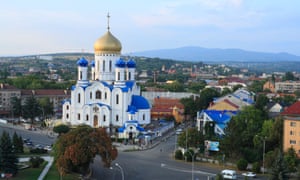 The plot allegedly involved three Polish extremists and a German journalist with ties to the far-right Alternative für Deutschland (AfD) party, as well as to a number of Kremlin-friendly Russian news outlets.

Their alleged task was to carry out a “false flag” operation in western Ukraine: burn down a Hungarian cultural centre, and make it look as though Ukrainian nationalists were responsible. The main beneficiary of the ensuing recriminations would be Russia. 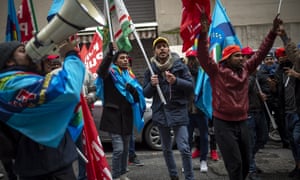 On Wednesday night last week, Nicholas Hada slept at Rome’s Termini train station, along with about 10 others hastily evicted from a refugee reception centre in a town close to the Italian capital earlier in the day.

Originally from Guinea, he returned to the centre in Castelnuovo di Porto, the second-largest of its kind in Italy, the following morning to collect the belongings he had left behind, fearing they would be stolen in the train station. 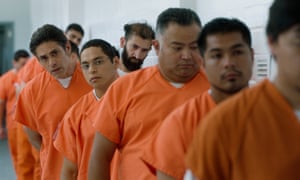 In this smart hybrid, features the true stories of three undocumented Americans who went undercover at a detention facility

The first stanza of The Star-Spangled Banner, the United States of America’s national anthem, memorably ends with the phrase “the home of the brave”. I’ve seen no braver Americans depicted on screen than Marco Saavedra, Viridiana Martinez and Mohammad Abdollahi, young, undocumented “illegals” raised in the US who risked deportation to infiltrate an immigration detention facility with the hope of helping keep families together.

It took roughly a year after the first human infection with MERS-CoV was announced out of Saudi Arabia for dromedary camels to be identified as a host species for the MERS coronavirus (see 2013’s The Lancet Camels Found With Antibodies To MERS-CoV-Like Virus). While bats are believed to be the primary host reservoir for MERS, SARS, and an array of other novel pathogens (see Curr. Opinion Virology: Viruses In Bats & Potential Spillover To Animals And Humans), the hunt continues for other susceptible species where these viruses may reside.

NH: There had been a significant increase in date tree cultivation in Saudi Arabia to serve increased worldwide demand for dates. That increase led naturally to an increase in the bat population and the possibilities of a new variant of disease to be passed on to animals and humans. 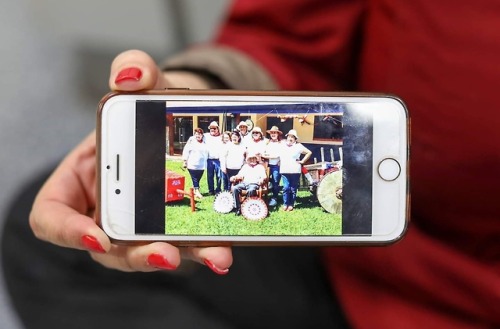 “My parents used to live on a farm in a rural area of Costa Rica, but there were no schools nearby.  So they moved us to the city.  They could only afford a small house made of wood.  I was the youngest of eight children, and we split three bedrooms between us.  All of us couldn’t even fit at the kitchen table, so we had to eat breakfast in shifts.  We shared everything: school supplies, books, bicycles.  One Christmas we got a single pair of roller-skates for eight kids.  Adolescence was the most difficult.  My mother would sew our clothes from the same piece of cloth.  And I started to want a little privacy, but instead we’re sharing perfume, and shampoo, and deodorant.  But all the sharing brought us closer.  Everyone helped each other.  We had no choice.  When the oldest kids began to work, they paid for the younger ones’ studies.  All of us eventually went to college and became professionals.  When my mother passed away, she asked me to keep everyone together.  We have a WhatsApp group where we chat everyday, even if just to say good morning and good night.  Or to discuss ways to help my Dad.  Here’s a picture of everyone at his 90th birthday.  He still lives in the same house we grew up in, but we added a second story.  There are four more rooms now.  But whenever we get together, we still have to take turns at the kitchen table.”

we often stub our toes

rattle our mind for memories

but little do we find

into a treasure filled mind

seasons change as you age

Look into the mind of the elderly there are vast discoveries. Sometimes there is a thin veil covering the expanse. It is worth the effort.