The faculty members were upset, she added, because the students were, “being so impolite as to have a conversation that not everyone on the floor could understand”.

What would we say if English speaking Americans who were studying in Spain, sometimes only spoke in English with each other when Spanish speakers were around them? 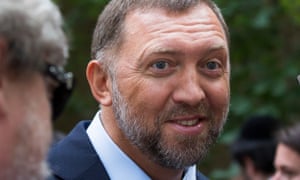 The Trump administration on Sunday lifted sanctions on three companies, including the aluminum giant Rusal, linked to Russian oligarch Oleg Deripaska. Democrats had led a push in Congress to continue the restrictions.

Related: ‘Sex trainer’ who said she could prove Russia meddled in US election freed

(CNN) Kamala Harris officially launched her 2020 presidential campaign Sunday in her birthplace of Oakland, promising to be a fighter “for the people” and stating that it is time to restore what she views as the loss of American values under President Donald Trump.

“We are here because the American Dream and our American democracy are under attack and on the line like never before,” the California senator said. “We are here at this moment in time because we must answer a fundamental question. Who are we? Who are we as Americans? So, let’s answer that question to the world and each other right here and right now. America: we are better than this.”

In an allusion to Trump’s xenophobic rhetoric, his policies at the border, and his decision to shut down the government in a failed attempt to get his wall, Harris said that “people in power are trying to convince us that the villain in our American story is each other.”

“If I have the honor of being your president, I will tell you this: I am not perfect. Lord knows, I am not perfect,” she said. “But I will always speak with decency and moral clarity and treat all people with dignity and respect. I will lead with integrity. And I will speak the truth.”

She did not dwell on her own potential for a history-making candidacy with her background as a black woman seeking the Democratic nomination.

The US has lifted sanctions on aluminum giant Rusal and two other firms linked to billionaire Oleg Deripaska, who had ties to former Trump campaign chief Paul Manafort. The move came despite objections from Congress.

Smell the coffee Howard – being a billionaire does not qualify you to be a President of the United States Mr. Schultz, decrying the “broken political system,” said he has already begun the groundwork to get on the ballot in all 50 states.

Member of the PLO Executive Committee, Hanan Ashrawi, said on Saturday evening that the Israeli government and its allies are responsible for rise in settler terrorism, referring to the fatal shooting by Jewish settlers of a Palestinian man in the village of al-Mughayir, near Ramallah, earlier on the day.

Ashrawi condemned on behalf of the PLO “the heinous murder of Hamdi Nassan, 38, and the injury of 30 other Palestinian civilians at the hands of armed Israeli settler militias.”

In a statement, Ashrawi said “Under heavy protection from Israeli forces, these militias raided Al-Mughayer village near Ramallah this Saturday, terrorizing the defenseless residents and wreaking havoc in the isolated village.”

“The political climate in Israel negates Palestinian rights and expresses objectionable racism against the Palestinian people. As such, the marked escalation of terror attacks by armed groups of Israeli settlers against Palestinian civilians is a natural outcome of the culture of hate and atmosphere of incitement and violence against Palestinians that this extremist Israeli government espouses and promotes,” said continued.

Ashrawi held the Israeli government wholly responsible for what she described as a heinous crime.

“Governments that actively support this colonial regime and shield it from accountability also bear moral and criminal liability for the crimes committed by Israeli forces and settlers, who commit murder with impunity. Equally, states that choose to remain silent against this terror campaign must understand that in these times of injustice, silence is complicity.”

“We grieve along with Hamdi Nassan’s bereaved wife and four children. Thirty other Al-Mughayer residents are receiving medical treatment for their injuries. We wish them a speedy and full recovery,” she concluded.

Looking for any excuse to wag the dog and launch takeover of Venezuela – look deeper into what and who has screwed up Central and parts of South America! White House national security adviser John Bolton warned on Sunday against violence or intimidation of American diplomats in Venezuela or opposition leader Juan Guaido, saying such action would trigger a response from the United States.

Dozens of Polish far right nationalists gathered at the Auschwitz concentration camp in Poland on Sunday to protest at the same time as officials and survivors marked the 74th anniversary of the camp’s liberation in an annual ceremony.

Nazis still with us with hate wannabe dictators. More than a million people died of hunger, cold or disease or were killed during Nazi bombardments of the city. Germany’s foreign minister has pledged €12 million for the siege’s remaining survivors.