The leader of the Catholic Church told hundreds of thousands of young pilgrims that they should welcome migrants, not stigmatize them. He said it was “senseless” to condemn every immigrant “as a threat to society.” Two men, members of a militia group called the “White Rabbits,” have pled guilty after trying to blow up a mosque to “scare” Muslims out of the country. They are also suspected of trying to bomb an abortion clinic.

The accusations underscored an entrenched culture of discrimination and retaliation that guards said flourished under two contractors at a highly classified Energy Department site in Nevada. 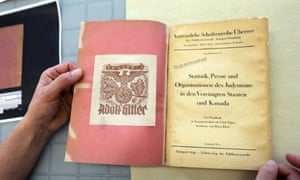 German researcher’s 1944 book, once owned by Adolf Hitler, lists Jewish residents of US and Canada

A book once owned by Adolf Hitler, which scholars suspect was a blueprint for a Holocaust in North America, has been acquired by Canada’s national archive.

The rare book, of which only a handful of copies remain, was bought online by government librarians last year and unveiled for the first time in Ottawa on Wednesday. The acquisition, which curators say will preserve a critical piece of history, comes at a time of growing antisemitism and Holocaust denial in Canada. 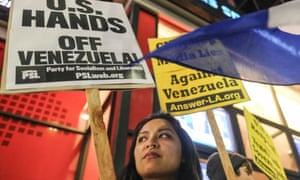 Juan Guaidó can save my country from ruin, but if the US intervenes, we could see it turn into another Afghanistan

Venezuela’s Nicolás Maduro and his Russian ally Vladimir Putin are predictably claiming that the swearing-in of Juan Guaidó as acting president is a coup organised by Donald Trump. Those of us who want a democratic – and as peaceful as possible – end to Maduro’s dictatorship must ignore the anti-American rhetoric and throw our full support behind the president of the country’s national assembly.

Guaidó must not be allowed to fail. No one within the opposition is better suited to steer Venezuela back towards democracy. Following years of seeing former president Hugo Chávez abuse the rules of democracy, an increasing number of Venezuelans has lost faith in politics and the power of the vote. They are understandably angry, and they seem to believe that the only way out is to take the fight to the streets. Guaidó, who cut his teeth in the 2007 protests against Chávez, has enough credibility to convince this group that a democratic transition is still possible. 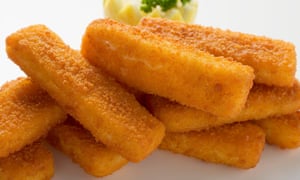 Fish fingers and cod and chips are under a far greater threat from carbon emissions than previously thought, according to a recent study that has grave implications for food security.

The North Atlantic cod stock in the Barents Sea is likely to first rise and then crash, possibly to almost zero before the end of the century if climate change isn’t addressed, says the scientific paper, published by the Arctic Monitoring and Assessment Programme. 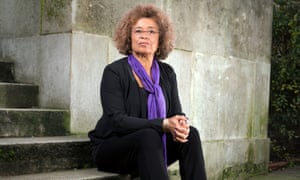 Asking the public to help “rebuild trust” in the Birmingham Civil Rights Institute, the chairman of the Alabama museum’s board said on Friday it had reversed course after a public outcry and would give the activist Angela Davis an award that was offered then rescinded.

Related: Angela Davis: ‘unbroken line of police violence in US back to slavery’

This resolution was referred to the House Committee on the Judiciary which will consider it before sending it to the House floor for consideration.