In a warning to President Donald Trump not to try to withdraw the United States from the NATO military alliance, the U.S. House of Representatives on Tuesday approved legislation aimed at preventing such a move.

The number of confirmed cases in the Democratic Republic of the Congo (DRC) Ebola outbreak has jumped by 19 since Friday, most of them in Katwa, where responders face more community resistance. Over the course of the outbreak, responders have been grappling with evolving challenges in different areas. In today’s update, the health ministry described a security incident at a health checkpoint in Komanda that injured two workers. 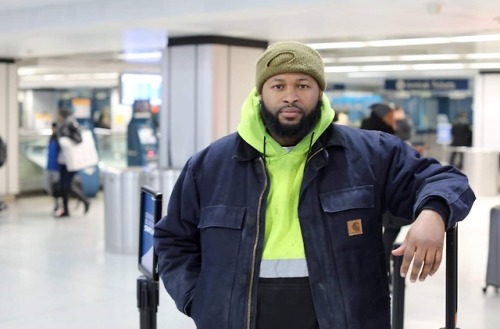 “She was ‘The Grandma.’  She worked as the head nurse at St. James hospital.  She owned her own house.   I lived with her up until the sixth grade.  We’d have these long conversations every night.  And every morning she’d make a ball of coconut for me to bring to school.  She was the most consistent thing in my life.  Even after Mom got mixed up in drugs, Grandma paid to keep our phone on.  She paid to keep our lights on.  She checked my grades and sent me to after-school programs.  She even bought me my first computer.  It was made especially for me, big tower, lots of lights.  It kept me off the street for months.  Grandma was the only person who ever took me out of the state.  We went to theme parks.  We went to water parks.  Once she even took me to the Bahamas for four days.  Most of my friends had never even left the block.  I did get mixed up in the streets for a while.  Grandma was upset when I dropped out of high school, but she still did her best to keep me level.  She helped me get my GED.  She talked to me about nursing.  She supported me when I joined the military.  I never thought I’d be where I am today.  I’m working construction.  I recently joined the union.  Everything is because of her.  She’s the only woman who’s name I have tattooed on my body.“

U.S. federal courts can operate through Jan. 31 despite a partial government shutdown, but warned they will not have funds to operate as normal beyond Feb. 1, officials said in a statement on Tuesday.

Nearly half a century later the image of white Catholic young men professing their faith, marching against abortion, and doing so while wearing their support for Trump on their bodies, underlines the conservative capture of white Catholics. Anti-abortion politics remains a bulwark of the Republican Party. Appeals to white racial resentment continue to shore up support for Trump. And slogans like “Make America Great Again” encapsulate conservative nostalgia for an older racial, gender, and sexual order. The political and religious expression of these young men could not help but mark the historical intersection of Catholic anti-abortion activism and white conservatism.

A commonly held belief among the general public is orthodontic treatment will prevent future tooth decay. Research has found that this is not the case.

H & T Seafood, Inc., the Importer of Record, a Bell, Calif. firm, is recalling approximately 71,435 pounds of imported Siluriformes fish products because the products were not presented for import re-inspection upon entry into the United States. A follow-up pact to the Elysee Treaty marks the latest gesture of friendship between France and Germany. The new bilateral pact pledges deeper cooperation between the two nations and paves the way for EU reforms.

So says a guy who does not know when to make an exit! Brexit is bad politics but whatever Tony says does not help. Speaking with DW in Davos, Blair has called a new vote “the sensible thing in this situation.” He said a “no-deal Brexit would be catastrophic for everyone.”