Source: Largest collection of breached data ever seen is found | Technology | The Guardian 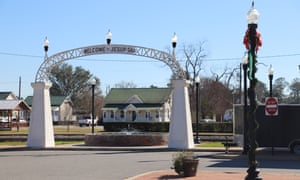 A pile of menus sat, untouched, at a table filled with Jesup Federal Correctional Institution employees at Alec’s Sports Bar. A waitress, who wandered over occasionally to fill a round of water glasses lined with lemon wedges, seemed to intuitively know not to ask if anyone needs a soft drink or a plate of chicken fingers.

“I’m not usually a water drinker,” Hannah Gariepy, a teacher – and eight year employee – of the federal prison pointed out, “But I was thinking, what’s free?” Her colleagues erupted in laughter, all of them agreeing. One has a salad in her car. Another ate before coming to the bar.

Closing some of the many thousands of still open bad data barn doors. Money still rules decision making and that demands do as little as possible to stop flow of income and make small steps appear as big ones. 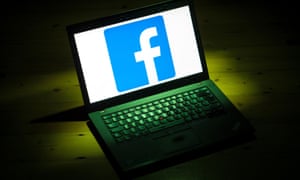 Facebook has removed hundreds of pages believed to be connected to the Kremlin-backed Sputnik news website for allegedly breaching its rules.

The Facebook pages, which were targeted at individuals in former Soviet satellite states, either pretended to be independent news services or had names designed to appeal to fans of particular individuals, regions, or foods.

Rand Paul not at work for America but for hate, ill-health and his fundraising goals. Papa needs a need landscaping job on his home after arguments with his neighbor! Introduced: Sponsor: Sen. Rand Paul [R-KY]

This bill was referred to the Senate Committee on Health, Education, Labor, and Pensions which will consider it before sending it to the Senate floor for consideration.

House at work and Senate (nope) and White House – nope. Nation broken by ego and false fears. Passed House (Senate next):
Last Action: On passage Passed by the Yeas and Nays: 237 – 187 (Roll no. 39).
Explanation: This bill passed in the House on January 16, 2019 and goes to the Senate next for consideration.

Nancy Smash dunked on them..

“The speaker is the one who invites the president,” Hoyer told CNN, adding, “The State of the Union is off.”

Earlier Wednesday, House Speaker Nancy Pelosi sent a letter to Trump telling him to either postpone the annual address — set to be delivered before a joint session of Congress on January 29 — or submit it in writing, citing security concerns linked to the government shutdown.

“Sadly, given the security concerns and unless government re-opens this week, I suggest that we work together to determine another suitable date after government has re-opened for this address or for you to consider delivering your State of the Union address in writing to the Congress on January 29th,” Pelosi said.

“The U.S. Secret Service was designated as the lead federal agency responsible for coordinating, planning, exercising, and implementing security for National Special Security Events by Public Law 106-544, December 19, 2000,” Pelosi added. “However, both the U.S. Secret Service and the Department of Homeland Security have not been funded for 26 days now — with critical departments hamstrung by furloughs.”

A representative for Hoyer told INSIDER he had “not read Speaker Pelosi’s letter and mischaracterized it” when he told CNN that the State of the Union address “is off.”

The government shutdown, the longest in US history, is a product of Trump’s insistence on obtaining funding for a wall he wishes to build along the US-Mexico border. Democrats have refused to grant the funding.

If Trump were to deliver the State of the Union address on January 29 amid the impasse, it would be the first to occur during a government shutdown.

The White House did not immediately respond to a request for comment from INSIDER.