Yesterday for the second day in a row, 50,000 people rallied in support of the striking teachers of Los Angeles.

This time our target was the California Charter School Association, the lobbying arm behind the rapid expansion of unregulated charter schools in Los Angeles. It’s funded by billionaires like Eli Broad and Netflix CEO Reed Hastings.

The CCSA has pursued a plan to move one million students from public schools into charter schools by 2022.

pimping for Putin In a victory for President Donald Trump, the U.S. Senate on Wednesday rejected legislation to keep sanctions on companies linked to Russian oligarch Oleg Deripaska, including aluminum firm Rusal .

Executions have soared in Saudi Arabia amid widening pursuit of politically motivated death sentences, mass death penalty trials, and use of the death penalty against female activists, according to a European-based Saudi human rights organization. In its 2018 Death Penalty Report: Saudi Arabia’s False Promise, issued January 16, 2019, the European Saudi Organization for Human Rights (ESOHR) said Saudi Arabia conducted at least 149 executions in 2018, more than double the number conducted in 2013, continuing a four-year surge the group associates with the ascension of King Salman to the throne in January 2015. Half of those executed were foreign nationals, including 33 from Pakistan and women from Ethiopia and Indonesia. ESOHR reported that the Saudi government concealed at least one execution and failed to announce the execution of the Indonesian woman, and the human rights group expressed concern that the actual number of executions in the country may be higher.

The Saudi royal family has sought to deflect international criticism of its escalated use of the death penalty by pointing to the use of capital punishment by the United States and other countries. In an April 2018 interview with TIME magazine, Saudi Crown Prince Mohammed bin Salman deflected a question on whether the Kingdom would reduce the number of public beheadings and executions in his country, saying: “I believe until today the United States of America and a lot of states, they have capital punishment. We’ve tried to minimize [its use],” he said, and suggested that the monarchy was working with the Saudi parliament on an initiative to change punishments for some offenses from execution to life in prison. The ESOHR report, however, said bin Salman’s statement “is not reflected in the death penalty statistics of 2018. Execution rates have sky rocketed [sic] in the last four years [and] do not indicate any attempts to ‘minimise’ or ‘reduce’” death penalty use.

ESOHR’s report catalogues an intensified use of “politically motivated death sentences … against an increasing spectrum of government critics,” including human rights advocates, non-violent clerics, and other political opponents. It lists among the politically motivated death sentences the case of Israa al-Ghomgham, the first female activist to face execution in Saudi Arabia for non-violent human rights-related work. Al-Ghomgham was detained in December 2016 during a raid on her home. Her case is being prosecuted in Saudi Arabia’s Specialized Criminal Court, which was established to address acts of terrorism. However, Oliver Windridge – an international human rights lawyer who has written briefs supporting al-Ghomgham – says that its “focus appears to have moved from terrorist suspects to human rights defenders and anti-government protesters.” The ESOHR report describes the terrorism charges against al-Ghomgham as “trumped up” and the trial proceedings as “grossly unfair.” UN human rights experts also have condemned the prosecution, saying that “[m]easures aimed at countering terrorism should never to be used to suppress or curtail human rights work.”

ESOHR says that 59 Saudi prisoners are currently at risk of imminent execution, including eight who were minors at the time of their purported crimes and twelve men convicted of spreading the Shia faith and allegedly spying for Iran.

Neo-Ottomans… stuff it! The prosecutors requested an international warrant and accused Kanter, who has harshly criticized President Recep Tayyip Erdogan of Turkey, of membership in a terrorist organization. Fish are spawning on the underwater reef that fishery biologist John Kärki is making out of recycled Christmas trees.

Old Christmas trees are getting new life on the bottom of lake Mälaren, where they are turned into underwater reefs so that fish can spawn.

A harbour dug out to allow for big boats and cruise ships is not good for fish. That’s why the city of Stockholm and the Swedish Anglers Association have initiated a project to help fish in the lake – and take care of people’s old Christmas trees at the same time.

“Waters that are shallow and have a lot of vegetation are important for the spawning for fish like perch, pike and zander. If we build away these areas, we don’t get enough fish in the sea,” says fishery biologist John Kärki with the Swedish Anglers association.

The MTA reopened the 167th Street B/D station in the Bronx last week, after five months of major repairs and renovations, including new concrete and metal platforms, stairs, beams and columns; new LED lighting; digital signage for real-time service information; new turnstiles; and brighter lightning. As with other station updates, there’s also new artwork, and the 167th Street station has stunning new murals that pay tribute to figures important to the community. [ more › ]

Dan Little, a retired forest service worker, took matters into his own hands when the shutdown left his local wilderness a mess 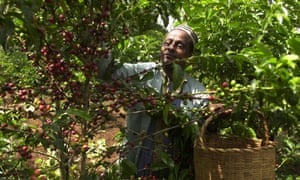 Wild coffee species are under threat, with 60% of them facing possible extinction, including Arabica, the original of the world’s most popular form of coffee, researchers say.

Most coffee species are found in the forests of Africa and Madagascar. They are threatened by climate change and the loss of natural habitat, as well as by the spread of diseases and pests. 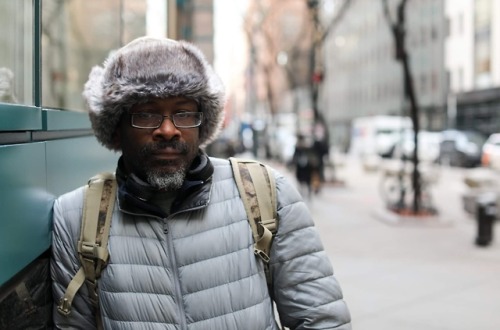 “I had three bottles of wine on election night.  I got in bed after Pennsylvania, and stayed there for a week.  I’d only get up to use the bathroom and get more wine.  I’d have left the country by now if it wasn’t for my elderly mother.  I’ve weaned myself off Xanax, but I haven’t recovered.  I still watch MSNBC all the time.  I’ll spend entire days on the couch.  I’ll wake up with Morning Joe and go to sleep with Brian Williams.  I’ll get on Twitter during the commercials and search for any hint that somebody’s going to be indicted.  I know way too much.  I know the name of every congressman.  I know their district.  I know what percentage of the vote they got.  Before 2016, I hadn’t purchased a book in twenty years.  Now I buy all the political ones.  The scarier the better.   I even got the Omarosa book.  Nobody else wanted to read it so I thought I’d take one for the team.  I went to DC for four different protests.  And a few weeks ago I drove down to Mexico to see for myself what was happening on the border.  I’m obsessed.  It’s not healthy.  Recently I was able to cut myself off from politics for about a week.  But then here comes Brett Kavanaugh and I’m back on the couch for three days.”

The attack, which was claimed by the Islamic State, came as President Trump is pushing to withdraw American troops from Syria.

“Gee, I thought President Trump said they were already beaten…”