The native people of Mexico experienced an epidemic disease in the wake of European conquest (Figure 1), beginning with the smallpox epidemic of 1519 to 1520 when 5 million to 8 million people perished. The catastrophic epidemics that began in 1545 and 1576 subsequently killed an additional 7 million to 17 million people in the highlands of Mexico (1–3). Recent epidemiologic research suggests that the events in 1545 and 1576, associated with a high death rate and referred to as cocoliztli (Nahuatl for “pest”), may have been due to indigenous hemorrhagic fevers (4,5). Tree-ring evidence, allowing reconstructions of the levels precipitation, indicate that the worst drought to afflict North America in the past 500 years also occurred in the mid-16th century, when severe drought extended at times from Mexico to the boreal forest and from the Pacific to Atlantic coasts (6). These droughts appear to have interacted with ecologic and sociologic conditions, magnifying the human impact of infectious disease in 16th-century Mexico. The epidemic of cocoliztli from1545 to 1548 killed an estimated 5 million to 15 million people, or up to 80% of the native population of Mexico (Figure 1). In ab

Also, a US health worker who was possibly exposed was released from monitoring.

For Michal, a pro-Israel program in Israel was the tipping point, and the first time she considered that not everything she had been taught about Israel was true. “Aish HaTorah, [the organization] that runs Hasbara Fellowships, were teaching us talking points: here is a template for advocating for Israel on campus, here are the points your opponents will use, and here is how you turn it around on them and humiliate people in the process. Then they would have us practice — one person would play the aggressive pro-Palestine advocate and we would have to use the arguments they gave us. I remember being so embarrassed because I just couldn’t do it. I’m a really bad bullshitter. They’re using the word ‘apartheid,’ and I’m supposed to say ‘there are Israeli Arabs in the cabinet.’ I couldn’t memorize all those steps and then spit them back out like I was supposed to do.” “What tipped me off was when they took us to Hebron. You walk there and it’s a ghost town with [Palestinian] shops boarded up. There is a barrier in the main street that separates Palestinians from Israelis. And you have menacing settlers. Something felt off: it was the first inkling I had of ‘is this really necessary in

Source: Inoreader – Fed up with myths, these American Jews are challenging their Israel education

President Mahmoud Abbas arrived in New York on Monday and is set to formally assume the Group of 77 and China. A ceremony will be held on Tuesday at the United Nations General Assembly. The PA President is also scheduled to meet with the UN Secretary General Antonio Guterres, the UN Security Council president and other world leaders.

The Group of 77 is the largest intergovernmental organization of developing countries in the United Nations, which provides the means for the countries of the South to articulate and promote their collective economic interests and enhance their joint negotiating capacity on all major international economic issues within the United Nations system, and promote South-South cooperation for development. G-77 was established on 15 June 1964 by 77 developing countries, and its members have increased to 134 countries later. The organization recognized Palestine as a member state in 1976.

On 27 September 2018, the Group of 77 and China met in New York and unanimously named Mahmoud Abbas to take over its presidency in 2019, replacing Egyptian President Abdel Fattah al-Sisi, the chairman for the year of 2018. In October, the UN General Assembly passed a draft resolution submitted by Egypt to appoint Palestine as the head of G-77 and China.

waffle shop open for business – 45 figures if he is open to selling out everyone else must be too. President Donald Trump said in a tweet on Monday he saw “great potential to substantially expand” economic development between the United States and Turkey, after threatening on Sunday to devastate Turkey’s economy if they attack Washington’s Kurdish allies in Syria.

Why would you deny what you never did, unless you did it and want to cover it up.? President Donald Trump directly addressed reports that intelligence officials had concerns about his ties to Russia. Trump said questions about his involvement with Russia were “a disgrace” and reports about it “a hoax.”

We spent three days with that boy. His name is Daniel and he’s one of perhaps 10,000 people from Central America who’ve arrived at the US border since November. He can’t go home because the gangsters would likely murder him. And he can’t cross the border because Donald Trump calls asylum seekers invaders. But this child is still glad he’s escaped what used to be his home.

Source: Migrant caravans are making their way to the US border — but the journey is far from easy – ABC News (Australian Broadcasting Corporation)

RIP Pawel Adamowicz, the mayor of Gdansk, was known as an advocate of tolerance and critic of the right-wing national government. 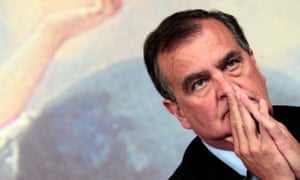 A senator from Italy’s far-right League has been given an 18-month prison sentence for likening the country’s first black minister to an orangutan.

Roberto Calderoli said during a party rally in July 2013 that whenever he saw pictures of Cécile Kyenge, an MEP who at the time was integration minister, “I cannot but think of the features of an orangutan”.

Like Loading...
#13,789
Hantaviruses – which are carried by rodents in many parts of the world – are contracted by humans primarily through the inhalation or ingestion of aerosolized rodent feces, urine, saliva.

Once infected, however, humans are sometimes able to transmit the virus to those they are in close contact with.

Scientists have identified dozens of viruses within the genus Hantavirus (named after the Hantaan River of Korea), with mortality that varies from 1%-2% for some varieties (i.e. Seoul Virus, Puumala Virus) to more than 30% for the North American Sin Nombre and South American Andes Virus.

While relatively rare, every year the U.S. reports between 10 and 50 Hantavirus Pulmonary Syndrome (HPS) cases, of which, roughly 35% prove fatal. Cases have been reported in 35 states (see map below), with 96% of all cases reported west of the Mississippi River.

For the past few days there have been reports of an unusually large outbreak of Hantavirus in the small village of Epuyén in the Patagonian province of Chubut.  The local provincial government’s website (Gobierno del Chubat) front page prominently displays the following warning:

Argentina’s Ministry of Health website shows their last update on January 11th, where they talk in general terms about their response and identify the virus as the Southern Andes strain.

They state the National Administration of Laboratories and Health Institutes (ANLIS) has `. . .  also initiated studies of viral genome sequencing entire human genome and to identify whether there are mutations that increase the transmissibility and lethality‘.

Health continues to work with Chubut coordinated by the outbreak of hantavirus in Epuyén
In order to study and contain the outbreak, authorities and technical teams from both jurisdictions held meetings to assess the evolving outbreak affecting the Patagonian locality.

Meanwhile, media reports indicate there are now 28 cases and 10 deaths, including reports of a 29 year-old nurse who died in neighboring Santiago, Chile.

This (translated) report from LaRepublica.pe:

Hantavirus travels to Argentina and arrives in Chile: nurse dies in Santiago

The 29-year-old woman died in Santiago de Chile and joins the nine fatalities of the Hantavirus outbreak that originated in Argentina.

The Hantavirus caused the death of a person in Chile. A 29-year-old nurse had contact with a person from Epuyén, the town where the outbreak of the viral disease began, and died at a health center in her country. In addition, there are two more cases of contagion.

The woman, identified by Chilean media such as Patricia Martínez, was an officer of the Hospital de Palena, an area where there were conflicts bordering Argentina and Chile. She is the first victim of the Chilean Los Lagos region. He died of a cardiopulmonary picture caused by the Hantavirus in Santiago.

According to the authorities of Los Lagos, his death is related to infections in Epuyen, Argentina. The woman would be the tenth mortal victim of the Hantavirus. The Government of Chile would have imposed the sanitary barrier.

“We were informed of the death of the patient from Palena, as a result of her case of cardiopulmonary syndrome due to hantavirus,” said José Antonio Vergara, the Epidemiology physician at the Los Lagos health center, according to Clarín. It was linked to the outbreak that originated in the town of Epuyen, in the province of Chubut, “he said.

A summary of the outbreak was published yesterday by Navva.org.

The first people affected by the virus were people who attended a birthday party on 24 November in an event hall, reported the mayor of Epuyen, Antonio Reato.

A field spy from the area was the first to be infected after cleaning a shed where he would have been in contact with an infected mouse. Later the man attended the celebration in which he infected his wife and other assistants.

The outbreak is motivated safety precautions in the Patagonian city that has already been proclaimed quarantine. Meetings are forbidden and even to view the deceased.

A court decision ordered the insulation for 30 days to 85 residents who had contact with neighbors tested positive for Hantavirus or suspected of having it. Isolated people are not allowed to leave their homes and receive visitors.

Complicating matters is the potentially long incubation period for the virus.  A 2006 EID Journal Dispatch (below) suggests – that with new cases still being identified  – it could be some time before this outbreak can be resolved.

Given its unusual size and duration, we’ll be keeping an eye on this outbreak in the days and weeks ahead.