Rep. Alexandria Ocasio Cortez: A 70% tax rate on the 1% to fund the New Green Deal, which addresses the economic inequality plaguing our country and the climate change that threatens to poison everyone.

Conservatives who are obviously not in the 1% that would actually benefit from this program: OuR MoNeY! yOuR sTeAliNg oUr mOnEy!!!! 😡😡😡😠😠😠 LIBERALISM IS A DISEASE!

US President Donald Trump avoids directly answering the question put to him by Jeanine Pirro, a personal friend at Fox News, after a report said law enforcement officials — concerned about his behaviour after he fired FBI director James Comey — began investigating the possibility. 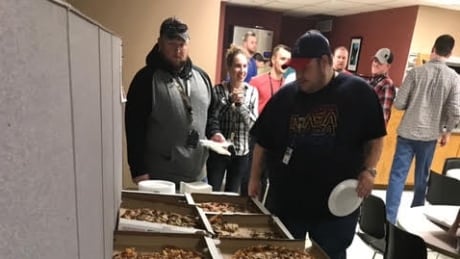 Sometimes, solidarity has a soft crust and a layer of melted cheese.

Wait… just wait for it… 45 will undercut him in a tweet. lol

U.S. Secretary of State Mike Pompeo said on Sunday that a rift between Qatar and its Gulf Arab neighbors had gone on for too long and was threatening regional unity needed to counter Iran.

The United States secretary of state is visiting Riyadh — but political prisoners are not on his agenda.

In years past, most arrivals were Mexican migrants who came into the United States for seasonal work. However, as Mexico’s economy improved, migration patterns began to change and fewer Mexicans  chose to come to the United States. This change from economic migrants to refugees and asylum-seekers requires a new response. Many arriving today are children and families fleeing extreme levels of violence and political corruption in their native countries and risk persecution and death if they are forced to return. Our laws make clear that anyone arriving at the border has the right to apply for asylum. Yet, asylum seekers are being turned away as if they were not fleeing for their lives. Worse, many are met with tear gas and are illegally refused access to the asylum process. We owe it to ourselves to have a discussion around what these changes mean for border security, how we should respond to instability in Central America, and how we keep America safe and prosperous. The discussion on the border wall relies on an over-simplistic and expensive solution to economic migration and a cruel response to asylum-seeking migration. Instead of focusing on erecting a largely symbolic struct