Democratic Senator Joe Manchin, who helped negotiate an end to an earlier shutdown, said this of McConnell’s absence from negotiations: “Basically, that’s what’s holding everything up.” Nancy Pelosi, speaker of the Democratic-controlled House of Representatives, is passing shutdown-ending spending bills in her chamber, including one on Friday. If McConnell would only put those measures on the Senate floor for a vote, Democrats argue, senators from both parties would support them. That would then pressure Trump, according to the Democrats, to sign the bills into law and reopen government, even if the measures lacked the $5.7 billion in wall funding he is demanding. McConnell has made clear this will not happen.

Source: As government shutdown drags on, where is Senator McConnell? | Reuters 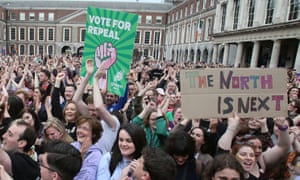 Besides a fleeting protest in Galway, abortion has become available in 22 of Ireland’s 26 counties with barely a fuss

Ireland voted by a landslide to legalise abortion – but turning that social revolution into medical reality has fallen largely on the shoulders of just 200 GPs.

Related: Apprehension on all sides before launch of Irish abortion services

by how many people – would give us better information. 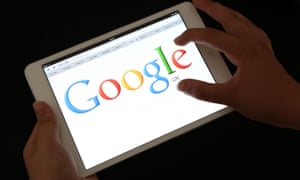 At least 170,000 antisemitic Google searches are made in the UK every year, with 10% of them involving violent phrases such as “Jews must die” or “kill Jews”, research has revealed.

The analysis for the Community Security Trust (CST) showed that while most of the searches are for jokes mocking Jewish people, the most common negative stereotypes claim Jews are “evil” and “racist”.

Conservatives are not the only ones who are collectively losing their goddamn minds over Alexandria Ocasio-Cortez, turns out. According to Politico, Ocasio-Cortez is “already making enemies in the House Democratic Caucus,” and “some of its members are mounting an operation” to bring her “into the fold,” which I…

WHO Ebola Update & Risk Assessment For The DRC

Influenza infections in Australia 2009–2015: is there a combined effect of age and sex on susceptibility to virus subtypes?