But the reaction was obscene.

Turning back on allies from the Greatest Generation by General Bone Spur Traitor! The Trump administration has downgraded the diplomatic status of the European Union’s delegation to the United States, an EU official has confirmed to DW. The demotion happened at the end of last year without notice.

But the degree to which senior officials have had to reverse or slow roll precipitous, ill-considered, even dangerous decisions by the president also erodes civilian control of the military and sows uncertainty. Such an approach will embolden adversaries, confuse friends and confound the servicemen and servicewomen who depend on their president for clear, principled leadership, especially when they are putting their lives at risk. Mr. Bolton and Secretary of State Mike Pompeo are crisscrossing the Middle East this week to reassure friendly governments that the administration is pursuing a coherent agenda, particularly in building a coalition against Iran. Is Mr. Trump also on board?

Five Jewish teenagers have been arrested on suspicion of murdering a Palestinian woman in the West Bank three months ago.

Aisha Mohammed Rabi, a 48-year-old mother from Biddya, was driving with her husband Yacoub near a West Bank checkpoint south of Nablus when the settlers began to throw stones at their vehicle. Rabi was hit in the head and died shortly after being transported to the hospital.

The Israeli police soon arrived at the scene and opened an investigation. Five teens have been arrested since December 30 as part of a major Jewish terrorism probe in the West Bank. The Shin Bet internal security agency said in its Sunday statement that all the suspects were students at the “Pri Ha’aretz” yeshiva in the nearby settlement of Rehelim. A gag-order has been placed to prevent publication of more details in the investigation, including the names of the attackers.

A group of far-right Israeli activists gathered outside the residence of Prime Minister Benjamin Netanyahu to protest the arrests and call for his intervention on Saturday night.

Robert Habeck says he is deleting his Twitter account in reaction to a massive data breach affecting leading German politicians and journalists. The platform, he argued, is full of malice and hatred.

Right – let us kill and displace all the Kurds! Genocide is their game. A comprehensive strategy to promote long-term peace and stability in Syria can be achieved through Turkey’s leadership, the president of Turkey writes.

Our Documenting Hate database shows that the terrorizing of people where they live is alive and well decades after the civil rights movement.

Source: “Get Out”: Black Families Harassed in Their Own Homes — ProPublica 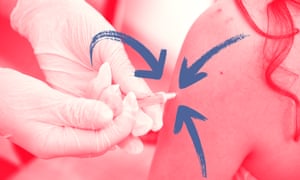 The re-emergence of the disgraced doctor Andrew Wakefield has fueled a resurgence of vaccine scepticism among rightwing populists. After a surge in measles outbreaks across the EU in 2018, Sarah Boseley looks back at how confidence in the MMR vaccine was dented after Wakefield’s discredited campaign against it. Plus: Sonia Sodha on how to improve the British honours system

In 1998, the British doctor Andrew Wakefield announced that the measles, mumps and rubella (MMR) childhood vaccination programme was linked to autism and advised parents against it.

It was one of the most controversial health stories of a generation and caused a media sensation. In the years after his claim, the UK’s immunisation rate plunged and cases of measles soared. The Guardian’s health editor, Sarah Boseley, was at that fateful press conference 20 years ago. Since then, the original research has been widely discredited, Wakefield has been struck off the medical register and the scandal subsided.