Freedom to be today European! 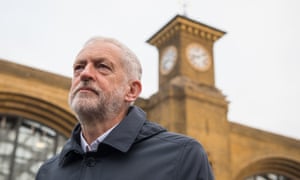 Since nearly all of his career has been spent in rebellion against his own party, I guess we should not be too surprised that Jeremy Corbyn seems so determined to defy it over Brexit. Labour members hate Brexit and they want it reversed. With parliament deadlocked and growing public support for taking the question back to the people, a large majority of Labour voters, and an even larger majority of Labour members, wants the party to throw its weight behind another referendum. Compare and contrast with a Labour leader who doesn’t hate Brexit, doesn’t want it to be reversed and will not help facilitate another referendum if he can possibly avoid it.

That divide between leader and members has been pretty obvious for a long time to anyone who contemplated Mr Corbyn with clear eyes rather than wearing soft-focus lenses. The split has become more evident as the Labour frontbench has run through various tactical ruses to try to mask the tension between its members and its leader. He is what he is and that is a lifetime opponent of the EU. He has not once expressed a flicker of remorse about the result of the 2016 referendum and treats the momentum behind a second referendum not as an opportunity to be seized, but as a threat to be smothered.