Listen up and rethink 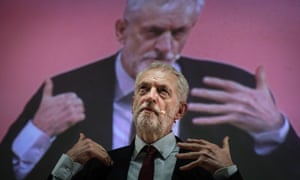 Thousands of Labour members have demanded their party oppose Theresa May’s Brexit deal and back a second referendum over EU membership. The call comes before a key party gathering which will be held amid warnings that some are already ending their membership over the issue.

The pressure emerges as the biggest Brexit poll conducted since the referendum suggests support for Labour would fall significantly should it back or allow its MPs to back a Brexit agreement. More than 5,000 Labour members and supporters have contacted the party before its policy meeting of senior figures this week.