Is the world ready for the Great Schism?

Like hundreds of thousands of other federal employees, TSA workers across the country have been going to work every day, but they’re not getting paid. [ more › ] 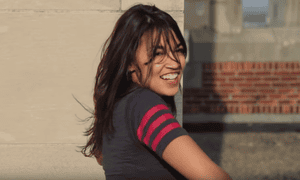 An attempt to humiliate Alexandria Ocasio-Cortez as she was sworn in as the youngest ever US Congresswoman has backfired impressively, prompting a huge outpouring of support for her.

A 30-second video was posted by a Twitter user called AnonymousQ, showing Ocasio-Cortez dancing on the roof of a building while in college.

the biggest obstacle to Warren’s candidacy will be sexism, and not only from the trumped-up mobs of rightwingers who are sure to start chanting “Lock her up” in reference to her at Trump’s next rally. Misogyny is alive and well in the Democratic party; it knows no political affiliation. Much of the sexism that Warren will face will be from Republicans, but it will also come from Democratic voters – men and a few women who are liberals, leftists and progressives. Many of these voters are people who esteem themselves to be feminists or otherwise free of bias, but who will nevertheless find themselves uncomfortable with a woman in power, unable to articulate what it is that bothers them about Elizabeth Warren – except for a vague sense that they just don’t like her.

How long before the streets erupt. Voters voted in disgust again past corruption and pretended he would not be so bad – as he carries out evil intentions – Brazil will??? 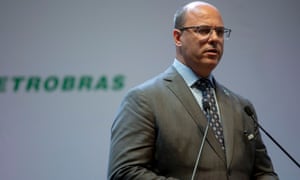 On Thursday, after being sworn-in as the new representative for Michigan’s 13th district and some extremely cute dabbing from her sons, Rashida Tlaib also called for the impeachment of Donald Trump, or, in her words, “the motherfucker.”

Faculty at Pitzer College in Claremont want to suspend an Israel study abroad program, citing a concern over Palestinian rights.

If the US comic lived in the kingdom, he would have been spied on, arrested, tortured and possibly worse

The government of Saudi Arabia makes it very clear that resistance to its regime is futile. It will not tolerate dissent; it is untouchable.

Source: On a day when Pelosi gets the spotlight, Trump tries to get it back – Los Angeles Times

“I am proud to shut down the government…I will take the mantle. I will be the one to shut it down. I’m not gonna blame you for it.”—Donald Trump, December 11

Exclusive: State department has ceased to respond to complaints from special rapporteurs in move that sends ‘dangerous message’ to other countries

The Trump administration has stopped cooperating with UN investigators over potential human rights violations occurring inside America, in a move that delivers a major blow to vulnerable US communities and sends a dangerous signal to authoritarian regimes around the world.