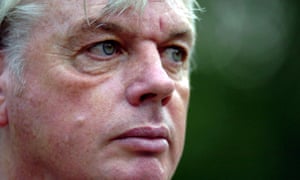 The Australian government is being pressured by Jewish groups and the Labor party to revoke the visa of the conspiracy theorist David Icke before a speaking tour in March.

Labor has written to the immigration minister, David Coleman, calling on him to ban Icke from the country on the basis ofhis “extreme antisemitic views, including campaigning for Holocaust denial to be taught in schools”.

Jewish Voice for Peace director Rebecca Vilkomerson explains what it means for a Jewish group to be anti-Zionist in America today.

viva Yes, the country’s people deserve a better government. But Elliott Abrams and John Bolton shouldn’t have a say in what it looks like.

Nazis, white nationalists, sexists, fundamentalists of many different stripes, militias… The social media service said on Thursday that disinformation on its platform now includes more domestic and foreign sources — and not just Russia.

The president’s tweets can have an impact and consequences for the press both at home and abroad. His rhetoric has given cover to autocratic regimes: world leaders from Cambodia to the Philippines have echoed terms like “fake news” in the midst of crackdowns on press freedom. And the rhetoric has sometimes resulted in harassment of individual journalists in the U.S., where CPJ is aware of several journalists who say they were harassed or threatened online after being singled out on Twitter by Trump. CPJ’s database of tweets can be viewed here and our methodology can be found here.

Source: From Fake News to Enemy of the People: An Anatomy of Trump’s Tweets | Inter Press Service

Two Hasidic men were attacked within minutes of each other in Crown Heights on Wednesday, putting the Brooklyn Orthodox Jewish community on alert amid a reported increase in anti-Semitic incidents across the city. [ more › ]

The South Asian community in New York City is at high risk for lead poisoning, the Health Department warned on Wednesday with the launch of a new campaign to raise awareness about lead poisoning. The initiative is part of Mayor Bill de Blasio’s recently-announced LeadFreeNYC initiative, which aims to screen apartments and eliminate lead exposure among children over the next two years. [ more › ]

In the not too distant future, US soldiers may rely on Amazon-run systems to trade intelligence, relay orders and call for help. Drone footage might be scoured for wanted men and women by Amazon software. Defense department quartermasters would use Amazon technology to move ammunition and supplies.

Source: From books to bullets: inside Amazon’s push to ‘defend’ America | US news | The Guardian 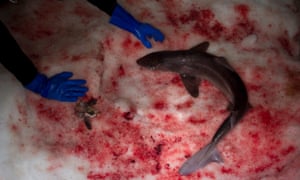 Fish and chip shops and fishmongers are selling endangered sharks to an unwitting public, according to researchers who used DNA barcoding to identify species on sale.

Most chip shop fish sold under generic names such as huss, rock, flake and rock salmon turned out to be spiny dogfish, a shark species classified as endangered in Europe by the International Union for the Conservation of Nature’s red list. 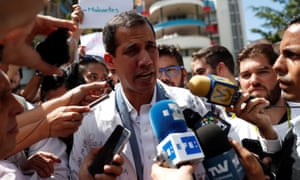 The European parliament has recognised Venezuela’s opposition leader Juan Guaidó as de facto head of state, heightening pressure on Nicolás Maduro, amid condemnation over the arrest of foreign journalists reporting on the country’s turmoil.

MEPs voted 439 in favour to 104 against, with 88 abstentions, at a special session in Brussels to recognise Venezuelan congress head Guaidó as interim leader. In a statement the parliament urged the bloc’s 28 governments to follow suit and declare Guaidó “the only legitimate interim president” until there were “new free, transparent and credible presidential elections”.