While the resignation of James Mattis was widely lamented in Washington, hopes for some kind of internal resistance against Donald Trump are misplaced. Instead concerns about an impulsive commander-in-chief are growing. “We can finally work eight days a week,” read the invitation sent out by the satirical Two-Tailed Dog Party ahead of a Budapest march. Viktor Orban dismissed the protests over the new labor law as “hysterical shouting.”

“I am proud to shut down the government…I will take the mantle. I will be the one to shut it down. I’m not gonna blame you for it.”—Donald Trump, December 11 President Donald Trump said on Friday there was a good chance the Senate would not approve his demand for $5 billion toward funding his long-demanded border wall and that there probably would be a partial U.S. government shutdown at midnight.

Taliban will take over again, not Pakistan. Then there will be a new underground against the Taliban. No one governs Afghanistan but Afghans for more than 2,000 years! US media have reported that President Donald Trump is planning to withdraw half of American troops from Afghanistan. Analysts say the move would give the upper hand to the Taliban and their ostensible backer, Pakistan.

What if you have the flu and don’t want to pass it on or on the other hand don’t want to catch it. Foolish law for foolish proponents of fear. given a few years immigrants have always done their best to adapt and fit in to get ahead in new home! Starting in January, Denmark will require a handshake at naturalization ceremonies. Danes are critical of the idea, as is Billy O’Shea, an Irishman who applied for Danish citizenship but refuses to shake hands to get it.

“I am proud to shut down the government…I will take the mantle. I will be the one to shut it down. I’m not gonna blame you for it.”—Donald Trump, December 11 Trump said there would be a “very long” government shutdown if the Senate fails to approve funding for a border wall. The Senate is not expected to pass the spending bill before a midnight deadline.

“I am proud to shut down the government…I will take the mantle. I will be the one to shut it down. I’m not gonna blame you for it.”

Racing toward a partial government shutdown, US President Donald Trump appears stuck in a standoff with Democrats over his demand for billions of dollars in US-Mexico border wall money.

If President Trump withdraws up to half of the 14,000 U.S. troops fighting in Afghanistan, it would undermine a nascent U.S.-backed peace process and the confidence of a Kabul government that American taxpayers have spent more than $2 billion to support, Afghans said Friday.

“As soon as the US folds its tent and leaves, Turkey will immediately begin an air bombardment followed by a ground attack by the [Ankara-backed] Free Syrian army. Thousands will die, thousands will be displaced and will be given no haven within Syria. They will be turned away at the Turkish border,” said David Phillips, a former senior state department official, and the author of the new book: The Great Betrayal: How America Abandoned the Kurds and Lost the Middle East.

Source: Mattis resignation triggered by phone call between Trump and Erdoğan | US news | The Guardian

What reputation? And who cares? 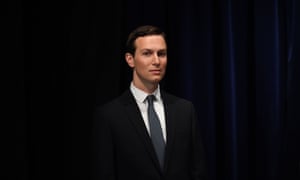 Some caution that while Jared Kushner deserves the credit he got, his reputation is doomed by conflicts of interest and a close relationship with the Saudi crown prince

There is a first time for everything. On Wednesday Jared Kushner, son-in-law of Donald Trump and bête noire of American liberals, woke up to headlines not accusing him of corruption or mocking his political naiveté. They were headlines of praise.

Kushner had helped bring about bipartisan accord almost unheard of in today’s Washington to overhaul criminal justice.