No one is above the law in America.

Despite the devastation all around him, a dog waited for his owners to return home after the Paradise fire

Source: Despite the devastation all around him, Camp fire dog waited for his owners to return home – Los Angeles Times

We have recently invited Muyi Xiao 肖慕漪 to take over Photography of China’s Instagram account to share several of her projects. Muyi Xiao is currently the Visual Editor at ChinaFile, an online publication under the Center on U.S-China Relations of Asia Society. 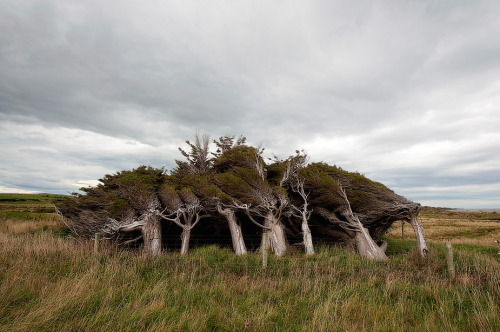 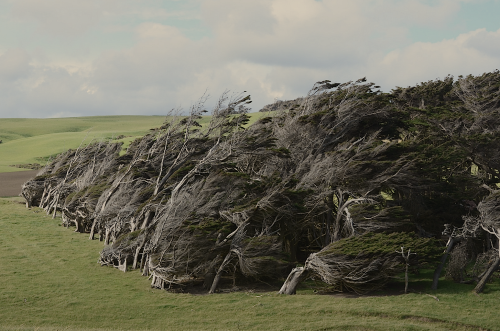 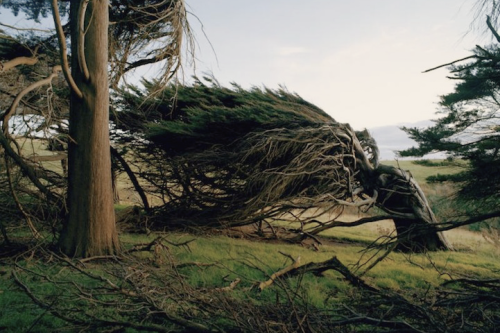 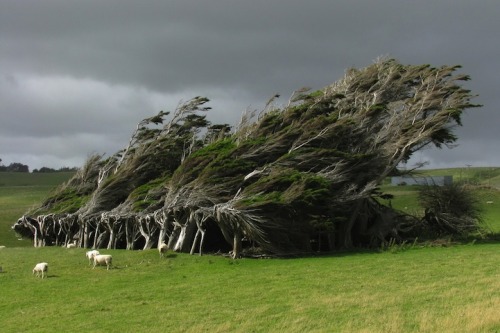 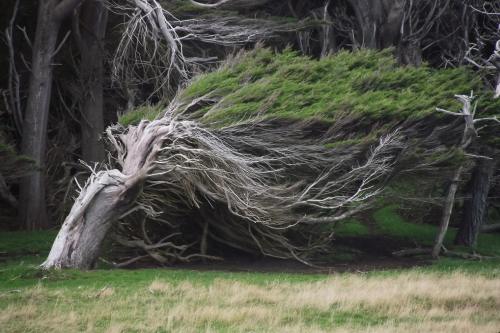 1. The creator did not create the world with boundaries.
2. The evolution of humankind depended/depends on migration as circumstances for survival change! Chile has become the latest country to pull out of a controversial United Nations migration pact, its interior ministry indicated, provoking fury among opposition parties who accused Sebastian Pinera’s government of “shameful and authoritarian” behavior.

Threatens to tear Lebanon apart to send refugees home to death – what God want that?

Bkerké – Lebanon “can no longer carry the weight of Syrian refugees”, and therefore it is necessary to “dissociate the political solution of the conflict in Syria from the necessary return of the displaced to their homes “. This urgent matter was underlined once again by the Maronite Bishops on the occasion of their latest monthly assembly, hosted on 6 December by the Patriarchal See of Bkerké. The Maronite Bishops insist that the repatriation of Syrian refugees must be started without waiting for a complete political solution to the conflict which has tormented Syria since 2011.
On 30 November the Lebanese foreign minister Gebran Bassil had a meeting in the Vatican with Archbishop Paul Richard Gallagher, secretary for relations with states of the Vatican’s Secretariat of State, for clarification and reassurance regarding the position of the Holy See on the question of the repatriation of Syrian refugees who have found shelter in Lebanon. During the meeting the Lebanese minster explained to Archbishop Gallagher the serious reasons for which Lebanon cannot continue to bear for much longer the economic and security weight of the emergency connected also with the presence on Lebanese territory of more than one million Syrian refugees.
“Lebanon asks simply that no obstacle will prevent the safe return of those refugees wishing to return” said Gebran Bassil in a statement issued following the meeting with Archbishop Gallagher.
Before the meeting between the Lebanese minister and the high ranking Vatican official, certain considerations attributed to Archbishop Gallagher had drawn comments from the Lebanese media according to which the present situation in Syria could render impracticable the albeit desired repatriation of Syrian refugees .

Will anything change? Surveys show that people are suspicious of social media platforms – but keep on sharing and clicking regardless. And, yes, there are some good things about Facebook too. But resentful users do not make for a sound business model, and I suspect the coming years will see competitor platforms that promise greater privacy, built on a different approach to the “free, for data” cul-de-sac we’re trapped in. True, network effects are hard to overcome – everyone is on Facebook because everyone else is on Facebook – but the ghost of the once dominant MySpace haunts every tech CEO. One thing I’m sure of, however, is that nothing will change Zuckerberg’s mind. When the next scandal breaks, as it surely will, he’ll apologise, and then talk about connectivity – no matter how disconnected it is from reality.

Source: We all fell for Facebook’s utopianism, but the mask is at last being torn away | Jamie Bartlett | Opinion | The Guardian

Right-wing evangelical organizations have raised tens of millions of dollars over the past 10 years to fund settlement projects in the West Bank, a report published by Haaretz newspaper reported on Sunday.

The newspaper said it had conducted an audit of the funds, estimated to be between $50 million and $65 million, based on media reports, US tax records and the Molad Center brief composed in 2015 that 11 evangelical organizations contributed to the figure.

Jubilee has worked for several years without announcing its activity, claiming that it would be better for the Israelis not to know about it, but is now hosting journalists and others in a “campus” that it has established in Har Bracha.

The paper pointed out that the readiness of this organization evangelical to reveal its activity in the West Bank shows the size of relations between the evangelicals and settlers.

The Israeli Ministry of Strategic Affairs, which is headed by Internal Security Minister Gilad Erdan, announced several months ago that the Jubilee organization will receive $16,000 a year from this year and is expected to increase from the Israeli government. The ministry said it was giving the money to the evangelical organization in light of its media activity in favor of Israel and settlements among evangelical communities in the United States.

Aharon Katzsov, founder of the Israel Heart Association, also known as the Benjamin Fund, said his association collects hundreds of thousands of dollars annually for projects in the settlements. But he pointed out that most of the funds raised by this Assembly come not only from evangelicals. “When a Jew donates $ 1,500, the Christian pays $ 50 on average, but their numbers are growing very rapidly,” he told the paper.

“The more I know of evangelicals over the past years, the more I realize how thirsty they are for the relationship with the settlements,” said Katzov, who lives in the settlement of Shilo. They often tell me, when they arrive in Tel Aviv, that ‘we did not imagine Israel that way’, but when they come here, to the settlements, they say that they imagined Israel this way. They are our greatest allies. ”

The newspaper said that the settlement “Ariel” gets the largest donations from the evangelicals. In 2008, it received $8 million for a sports zone. The Evangelists also donated $1 million to the Jewish-Christian Center in Efrat.

The paper added that it is difficult to know how much financial support evangelical settlements, because non-profit institutions and churches registered in the United States is not required to provide the authorities with detailed reports on sources of funding or disclosure of donations, and assistance to settlements not only by money but volunteer hours.  Thousands of evangelical volunteers work in settlements, for example 175 volunteers participated in picking 340 tons of grapes in settlements this year working in total of nearly 5,000 hours.

A report issued by the Molad Center three years ago said that it is impossible to estimate the amount of financial support that evangelical organizations transfer to the settlements, because many Israeli non-governmental organizations that are active in the West Bank are in direct violation of international law.

The report added that “a large portion” of all evangelical investments in Israel reach the settlements benefiting from regional councils, right-wing societies, random settlement outposts, commercial interests and travel agencies specializing in tours of settlements.

The political expediency shown by Evangelicals alliance with Israel has only grown in recent decades. So why is there such strong support from the Evangelicals? According to an earlier report by CNN website, in the last 12 months, the evangelical Christian community in the United States has actually given $100 million to charitable causes in Israel, according to Rabbi Yechiel Eckstein, founder of the International Fellowship of Christians and Jews. “God promises Abraham those who bless Israel and the Jewish people will be blessed and those who curse them will be cursed,” he says, citing Genesis. Not only this but Evangelicals see the creation of Israel in 1948 as the fulfilment of biblical prophesy, Eckstein says, “it reflects the hand of God”.

Not only is the support from Evangelicals for Israel supporting a biblical prophecy that they vehemently believe in they have also had great influence with Trump’s administrative decisions relating to Israel, the far-right Christian groups puts pressure on a president eager to show he’s fulfilling his campaign promises.

The world is talking about the Migration Compact, but the UN says its Refugee Pact is just as important. The agreement is up for a vote this week at a conference in Marrakesh. Can it win over the United States?

Source: US the only country not to support UN Refugee Pact | World| Breakings news and perspectives from around the globe | DW | 09.12.2018

In recognising Britain’s story of renewal through Europe, I do not forget that our country is crying out for change. A decade of austerity, of extremity and division has left us as broken as after Suez, but leaving the EU will not help. After Theresa May’s deal is voted down, MPs from all parties have a responsibility to begin a new politics of hope. We need to build a new consensus around pride in our role shaping a peaceful and more prosperous Europe. One hundred years after the end of the First World War, we should celebrate Europe again. To do this we have to offer the public a chance to right the wrong of 2016 – another chance to vote for Britain at its best and another shot at the audacious, if imperfect, European dream.

Source: As Churchill saw, Britain’s glory is not found in isolation | David Lammy | Opinion | The Guardian