Stories from all angles

A bootleg audio recording of Louis C.K.‘s offensive new standup material has provoked more condemnation of the disgraced comedian since it was uploaded to YouTube on Saturday. The 49-minute recording, which was reportedly taken at Governor’s Comedy Club in Levittown, Long Island on December 16th, includes mockery of transgender people and survivors of school shootings. [ more › ]

Even toads have more class! 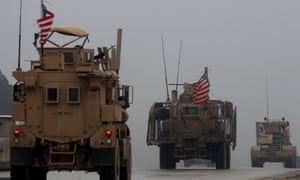 Donald Trump has appeared to water down plans for an immediate pullout of US troops from Syria, even as he defiantly claimed that his achievements in the conflict should make him a “national hero”.

The tweeted comment on Monday came the day after a senior Republican senator said the US president had promised to stay in Syria to finish the job of destroying the Islamic State group – days after he shocked allies, and his own military establishment, by saying troops were coming home.

there is less breast feeding of infants and a tendency for them to have fewer social contacts with other children. Both trends reduce babies’ contact with germs. This has benefits – but also comes with side effects. Because young children are not being exposed to bugs and infections as they once were, their immune systems are not being properly primed. “When such a baby is eventually exposed to common infections, his or her unprimed immune system reacts in a grossly abnormal way,” says Greaves. “It over-reacts and triggers chronic inflammation.” As this inflammation progresses, chemicals called cytokines are released into the blood and these can trigger a second mutation that results in leukaemia in children carrying the first mutation. “The disease needs two hits to get going,” Greaves explains. “The second comes from the chronic inflammation set off by an unprimed immune system.” In other words, a susceptible child suffers chronic inflammation that is linked to modern super-clean homes and this inflammation changes his or her susceptibility to leukaemia so that it is transformed into the full-blown condition.

Source: ‘For 30 years I’ve been obsessed by why children get leukaemia. Now we have an answer’ | Science | The Guardian 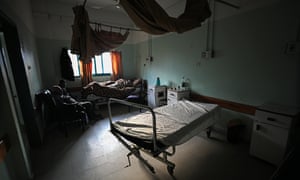 Doctors in Gaza and the West Bank have said they are battling an epidemic of antibiotic-resistant superbugs, a growing problem in the world’s conflict zones, which could also spill over the Palestinian borders.

The rise and spread of such virulent infections adds to the devastation of war, increasing medical costs, blocking hospital beds because patients need care for longer, and often leaving people whose injuries might once have been healed with life-changing disabilities.

Such a baby and his tantrum is costing billions to tax payers and not protecting anyone! 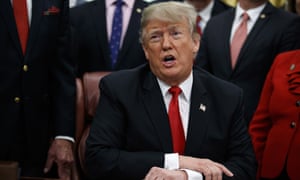 Donald Trump may or may not want an actual wall along the US border with Mexico – three people close to the president suggested on Sunday he does not but on Monday the president returned to tweeting, stridently, that he does.

Related: Democrat-controlled House faces question: what not to investigate?

#13,765 Despite a slowing of ASF reports from China’s MOA the past couple of weeks, efforts in neighboring countries to …

There’s nothing corporate about this float.