A seismic event triggers readings in sensors from Africa to New Zealand to Canada, but seemingly is not felt by a single person.

“Here’s the bottom line: Trump was secretly interacting with Putin’s office in order to make money while he was campaigning for president.” — @DavidCornDC http://bit.ly/2E2Azuj

More transparency won’t satisfy all of Twitter’s critics, some of whom want a license to offend and bristle at what they see as political correctness run amok. Witness the pushback to the company’s new rules to address complaints by transgendered people about the abuse directed their way. But making clear why users like Kelly are disciplined — specifying which tweets violate which rules and how they do so — along with giving users notice and a chance to appeal before a ban is imposed would go a long way toward lifting the shroud of mystery about the company’s judgments.

More transparency will not satisfy anyone, especially those who want to defend, ultra-right and ultra-left opinion/hate/lies. And it will just be more grist for the mill of trolls who have no life other than trolling.

Israel to forcibly displace hundreds of Palestinians from Jerusalem neighborhoods.

Like Loading...
News
Global automakers are feeding real-time location information and dozens of other data points from electric vehicles to Chinese government monitoring centers, potentially adding to China’s rich kit of surveillance tools as President Xi Jinping steps up the use of technology to track Chinese citizens. Generally, it happens without car owners’ knowledge, The Associated Press found.

Like Loading...
News
Tesla constantly sends information about the precise location of his car to the Chinese government.

There were an estimated 110,000 deaths, mostly of children, linked to the vaccine-preventable disease last year. 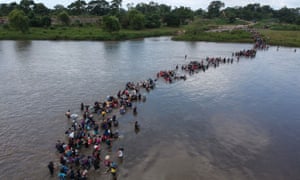 When I first heard of the “migrant caravan” I thought it was a grossly inadequate way to describe this mass movement of people. The more I have learned about the movement, the more convinced I am of its inappropriateness as a definition. Thus far, I have been using it for social media purposes but I want to break down the terminology.

The term “migrant” is a misnomer. It gives the impression that these people have similar situations to us. It implies they can apply for a visa, get a job and relocate their families the legal way just like an Australian might migrate to the United Kingdom for work. It is misleading to use the term migrants for a group of people who are fleeing criminal violence, authoritarian governments, corrupt security forces, economic failure and extreme poverty. It is misleading to imply that these people have the same opportunities to migrate as people from Australia, the US or other wealthy nations.