Forget Black Sox, Pete Rose – just go for greed! Like the country’s other major sports, baseball will have an official gambling industry partner, signaling a large shift in policy. 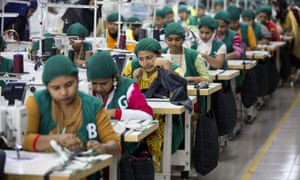 An international inspection regime put in place after the collapse of a Bangladesh garment factory killed more than 1,100 people will be forced to leave the country on Friday, with activists warning of “profound and lasting” consequences for worker safety.

A restraining order imposed by the Bangladesh high court will come into force on 30 November, forcing the Accord for Fire and Building Safety in Bangladesh to close its Dhaka office, limiting its ability to inspect thousands of factories supplying clothes for brands including H&M, Esprit and Primark.

Mistake NUMBER ONE, 2, 3,4,,,? Thinking that humans know enough to outsmart nature’s means of dealing with imbalance of systems.

In the 1940s, scientists discovered the insect-killing properties of synthetic chemical compounds, including DDT, chlordane and lindane. Such products were cheap to produce and very effective at protecting crops and fighting insect-borne disease. But by the 1960s, it was apparent that these chemicals — which can persist in nature long after initial use — were accumulating in the environment. What’s more, many were harmful to birds, fish, reptiles and mammals.

Much of this came to light through Rachel Carson’s revelatory book Silent Spring, published in 1962, but scientists already had begun to look for less toxic pest control alternatives. Researchers at University of California, Berkeley, and University of California, Riverside, defined in 1959 the principles of what would later be called integrated pest management (IPM) — an environmentally sensitive approach to controlling insects and other pests that relies on a combination of tools. Today, biopesticides are part of the IPM toolbox.

Biopesticides are pesticides made from substances found in nature that offer a less toxic alternative to man-made chemicals. As a class they’ve been used for a long time, but most traditional biopesticides haven’t been able to compete with synthetic pesticides on cost and effectiveness. Researchers around the world now are working to change that by manipulating chemicals found in plants, animals, bacteria and fungi. They’re discovering new ways to use nature’s arsenal to build better biopesticides and so reduce the need for less environmentally friendly pest control.

A lot of the pioneering research around biopesticides focused on insect pheromones — chemicals that insects use to communicate with each other — says Jim Seiber, a professor emeritus of food science and environmental toxicology at University of California, Davis. The use of these chemicals to alter insect behavior when sprayed on crops or used as bait traps, for example, worked to some extent, but not nearly as well as synthetic insecticides. “Most people like instant results,”says Seiber. “You could spray DDT and see the dead insects out there and count them. You couldn’t get those same results with biopesticides.”

As a result, biopesticides became a niche market, today accounting for roughly 3 percent of the global annual market for pesticides. There have been a few commercial standouts, though. The popular insecticide spinosad, for instance, was derived from a kind of soil bacteria discovered at an abandoned rum distillery in the 1980s.

Venom from the Australian Blue Mountains funnel spider contain substances that only kill certain insects, giving it promise as a source of an environmentally friendly pesticide. Photo courtesy of Graham M. Nicholson, University of Technology, Sydney

By the 1990s, scientists were documenting increasing problems with synthetics. Some had been used so extensively that insects were evolving resistance. Biochemist Glenn King turned to spiders for a potential solution.

“Spiders are professional insect killers,”says King, a professor at the University of Queensland, Australia. Venom from spiders, scorpions, snakes and other predatory animals contain a mix of biologically active compounds called peptides. These small molecules kill prey in various ways. Some affect the nervous system. Others injure the cells and damage living tissues in other parts of the body. Some are specific to specific prey animals.

In July 2018, Michigan-based Vestaron began selling its first biopesticide derived from these peptides. The product, called Spear-T, kills aphids, mites, thrips and whiteflies — common pests of greenhouse-grown veggies and ornamental plants. CEO Anna Rath says Vestaron plans to bring to market a family of peptide-based biopesticides in the next few years for use on field crops, too.

The company is also turning to bacteria to help expand where and how their products might be used, Rath says. It recently inserted a gene for producing a caterpillar-killing peptide derived from spider venom into a protein derived from a bacterium called Bacillus thuringiensis (Bt). When caterpillars chew on leaves that have been sprayed with the product, they’ll eat a little of the protein, which pokes tiny holes in their gut, helping to increase the penetration of the insecticidal peptide.

Other researchers are working to manipulate chemicals from plants and  fungi to build better biopesticides.

For the past few decades, farmers around the world have employed essential oils, including neem oil — an extract from the Asian neem tree — as insecticidal botanicals. Essential oils, including neem, break down quickly in nature. This makes them environmentally friendly, but not very effective. Recently, scientists have started to experiment with encapsulating these botanicals in nanoparticles that could help to protect the active compounds from breaking down as quickly—an idea that’s been tried successfully with some medicines in the human body.

Fungi are another particularly promising source of biopesticides. “They’re major disease-causing agents in nature,” says Raymond John St. Leger, an entomologist at the University of Maryland. Many have evolved to parasitize specific insect hosts, devising gruesome methods for finishing them off. For instance, some ant fungi turn their hosts into zombies —infecting the ant’s brain and causing it to move to an area conducive to fungal growth before killing it and releasing fungal spores through the top of the ant’s head.

That natural specificity is a boon, because it means scientists can search for a fungus with a specific host range — for instance, one that kills bloodsucking flies but not bees or butterflies, says St. Leger.

But fungi work slowly, so St. Leger and University of Maryland Ph.D. candidate Brian Lovett now are working on ways to genetically modify fungi for a quicker kill. They and other colleagues have inserted venom peptide genes from spiders and scorpions into fungi. They’ve taken their experiment to Africa, where they’re testing its efficacy in aerosol form on malaria-causing mosquitoes in an enclosure specially built to prevent accidental release.

Despite the scientific excitement around new biopesticide technologies, most remain untested in the marketplace. When it comes to using in agricultural applications, “in the end, all that matters is what farmers think,”says King.

None of the researchers sees biopesticides as a perfect replacement for synthetics, for either farming or public health applications.

“Chemicals are going to continue playing a role for a long time to come,”says St. Leger, who sees the recent innovation in biopesticides as creating more options for pest management, not a single solution. No one product will offer a long-term fix, since pests are constantly evolving resistance. These biopesticides are prone to resistance just like any other pesticide, so if they aren’t used appropriately and rotated with other forms of pest control, they — as synthetics before them — could contribute to harder-to-kill pests.

If history has taught us anything, St. Leger says, it’s that pest management requires constant innovation.

The post Looking to fungi, spiders and other natural insect killers for less toxic alternatives to synthetic pesticides appeared first on Ensia.

News
To all the world, it looked like breast implants were safe. Then last fall, something strange happened.

News
American farmers still working to get out their remaining soybeans after a weather-plagued harvest season are struggling to figure out what to do with a record crop now their traditionally dominant export market is largely closed.

News
When Polly Varnado’s 9-year-old daughter was diagnosed with Type 1 diabetes, it didn’t take long for the family to hear about insulin pumps.

LOL – the subsidies? for electric cars that GM is pulling back from until it rethinks approach – no harm to GM just big talk from 45! U.S. President Donald Trump threatened on Tuesday to eliminate subsidies for General Motors Co in retaliation for the automaker cutting U.S. jobs and plants, and the automaker also took fire from Canadian political and labor leaders for cutbacks there.

Advocates for Democrat Stacey Abrams filed a federal lawsuit on Tuesday alleging far-reaching U.S. voting rights violations during the Georgia governor’s contest she lost this month to a Republican who ran the election as secretary of state. Consumer groups from across the bloc have signaled their plans to file formal complaints against the tech giant. Google has been accused of secretly tracking users’ movements even after they try to disable such features.

Incompetence at the top has consequences… Budapest ignored a US extradition request, opting to hand over the father and son to Moscow instead. In a sting operation, the two were caught offering Mexican cartels anti-aircraft weapons in exchange for cocaine.