Porter ran on a progressive platform, touting her support for universal healthcare and vowing to take corporate money out of politics. Her victory in the wealthy, highly educated district including Tustin and Mission Viejo, which had never sent a Democrat to Congress, signals the shifting political landscape in the county.

California is where it is now because from the early 1950s to the early 1970’s there was no tuition!!! You could go from BA to PhD and only pay for registration and books!

Most Californians believe higher education should be a top priority for the new governor and support increased funding for public colleges and universities, according to a new survey by the Public Policy Institute of California.

As the state’s public higher education system struggles to recover… 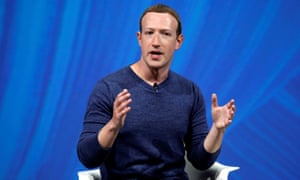 Facing a string of crises, Facebook hired a PR firm to push conspiracy theories about the billionaire, the New York Times reports

Facebook hired a PR firm that attempted to discredit the company’s critics by claiming they were agents of billionaire George Soros, the New York Times reported Tuesday.

Soros is a Jewish philanthropist who is the frequent subject of antisemitic conspiracy theories. At the same time, the social media company urged the Anti-Defamation League to object to a cartoon used by anti-Facebook protesters over its resemblance to antisemitic tropes. 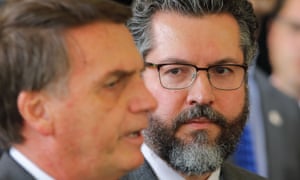 Brazil’s president-elect Jair Bolsonaro has chosen a new foreign minister who believes climate change is part of a plot by “cultural Marxists” to stifle western economies and promote the growth of China.

Ernesto Araújo – until recently a mid-ranking official who blogs about the “criminalisation” of red meat, oil and heterosexual sex – will become the top diplomat of South America’s biggest nation, representing 200 million people and the greatest and most biodiverse forest on Earth, the Amazon. 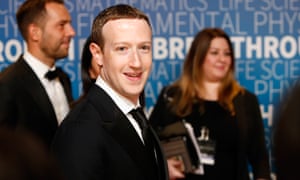 It was a beguilingly simple idea. Take the tricks learned by political campaign managers on how to boost your candidate’s standing while ruthlessly undermining that of rivals, and apply it lucratively to the corporate world. 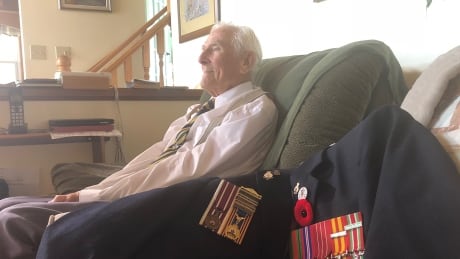 Veterans Affairs will expand access to Halifax’s Camp Hill Veterans Memorial Hospital after a veteran was denied access because his wartime service wasn’t with the Canadian military. Now the minister of veterans affairs says 25 beds will be opened to Allied and modern-day veterans.

An Israeli military court sentenced Abdullah Abu Rahma, a recognized human rights defender, to 110 days in prison for riding a bicycle during a protest against the occupation two years ago.

Abdullah Abu Rahma being arrested by Border Police in Bil’in, May 13, 2016

Abu Rahma, one of the most well-known leaders of the popular struggle against the separation wall, was convicted several weeks ago of violating a closed military zone order and obstructing a soldier during a race in May 2016 in Bil’in, where he is from. Hundreds of Palestinian and international cyclists participated in the so-called “return ride,” which kicked off in Ramallah and ended in the West Bank village.

Israeli security forces raided the village before the race even began, however. Abu Rahma was arrested while trying to explain to the soldiers that they were on his land. He was thrown to the ground, arrested, and held in detention for 11 days.

Nearly all forms of protest are illegal for Palestinians living under Israeli military rule in the West Bank.

On Wednesday, Israeli Military Judge Maj. Haim Baliti agreed to let Abu Rahma begin serving his sentence in mid-December, so as to give the defense time to appeal both the sentence and conviction.

Baliti also applied part of a suspended sentence from another, earlier conviction for participating in another protest a year earlier. The suspended sentence was triggered by the current conviction. Abu Rahma will serve a total of 110 days in an Israeli military prison.

“Abdullah is a human rights defender,” said Gaby Lasky, his attorney following the sentencing. “He nonviolently opposes the occupation — that’s what makes him such an important target. As long as he is in prison, he cannot be out in the field.”

“These punishments for ongoing nonviolent resistance indicates that the military court is not a court of justice; its sole purpose is to maintain the occupation and to prevent any resistance to it,” added Lasky.

Abu Rahma, who in 2010 was recognized as a “human rights defender” dedicated to nonviolence, is one of the most prominent leaders in the struggle against the wall, and helped head the popular protests in Bil’in starting in 2005.

He has spent over a year in prison for his role in Bil’in’s protests, and is currently facing another set of charges for allegedly damaging the gate of the separation barrier in his home village.

In 2010, +972 Magazine named Abu Rahma its “person of the year” for his role in Bil’in’s “well-organized, non-violent grassroots opposition movement – one that brings together Palestinians, Israelis and international supporters in a joint struggle.”

“I feel angry and sad about the decision,” Abu Rahma said at the end of the hearing. “This is not a real court — it is a political court. I will pay the price, but this punishment will encourage me to continue supporting the people wherever they may be — that is my duty as a Palestinian, until the occupation is gone and gain independence.”

The post Palestinian activist sent to prison for ‎riding a bike in his village appeared first on +972 Magazine.

The result will be many unanticipated “oops” response by natural system to new species that may well result in numerous ruinous diseases for animals, as well as human.

News
Cows that can withstand hotter temperatures. Cows born without pesky horns. Pigs that never reach puberty. A company wants to alter farm animals by adding and subtracting genetic traits in a lab. It sounds like science fiction, but Recombinetics sees opportunity for its technology in the livestock industry.

In his book Brooklyn Before, Larry Racioppo shares his views from the borough as he saw it from 1971 to 1983. Do you have an image in your mind already of what this may look like? Search for photos of NYC during this window of time and you’ll come out with enough apocalyptic images to fill a burnt-out-car-lined East River. As Tom Robbins points out in his excellent introduction to the series of photographs, many of the images that now define this era were shot in the 24 hours after the 1977 blackout—storekeepers outside their shops holding guns, broken glass lining the streets, looting, and so on. [ more › ]