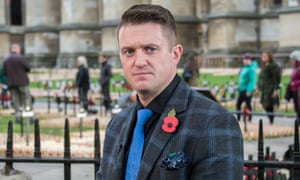 The British far-right activist Tommy Robinson has not been granted a US visa in time to meet with Republican members of Congress in Washington this week, according to an organiser of the meeting.

Robinson is the founder of the English Defence League (EDL) which in the past has staged violent demonstrations against Islam.

Dusting off their playbook from 2000, Republicans claim the recount is rife with fraud. But what’s driving them is their narrow majority in the Senate and their need to deliver a win to the base.

Drought conditions in 2018 are extreme over the Four Corners region of the United States. The rise of nationalism and religious fundamentalism is a threat to human rights worldwide, activists warn. In an effort to curb hateful politics, the “Secular Week of Human Rights” launched this week in Berlin.

The hard work by so many before us to improve gender equality sits on a precipice. We are still nowhere near being able to tell our daughters that they can grow up confident in enjoying everything their male counterparts have with absolute equality, and safely for that matter. Violence against women, harassment, slut-shaming, pay disparity, the under-representation of women in politics, professional sport and management are just the tip of the iceberg. What I have learnt is that we need to throw our support behind those who speak out and find themselves at the back end of a social media dump truck. We have a very long way to go before we enjoy a world without discrimination on a daily basis. That path is not one to tread quietly.

Source: I defended my daughter’s right to get a haircut. This is what happened next – ABC News (Australian Broadcasting Corporation)

A growing number of government officials are misusing their office in egregious ways to try to tilt the electoral playing field in their favor.

Ha ha ha ha ha – so how did all the other leaders of government happen to get there – weak as water excuse! 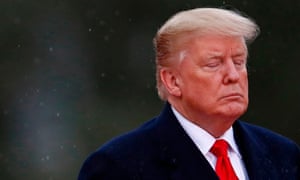 When rain grounded Marine One, the president didn’t hit the road because it would have disrupted traffic, says White House

Donald Trump didn’t attend an event honouring US military dead because he didn’t want to disrupt the traffic in Paris, the White House said on Sunday, as the fallout for his no-show on Saturday continued.

The US president had been scheduled to lay a wreath and observe a moment of silence at the Aisne-Marne American cemetery and memorial at Belleau, about 60 miles (100km) north-east of Paris. The White House cited rain that grounded the president’s helicopter for the cancellation.

Too funny and too serious – GOP control the voting and claim fraud – ha ha ha. 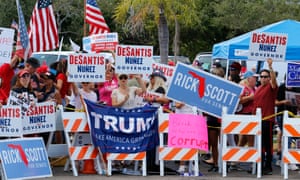 Tensions are rising in Florida as counties rush to conduct a recount in crucial races for governor and Senate, the effort already marred by mishaps and lawsuits. 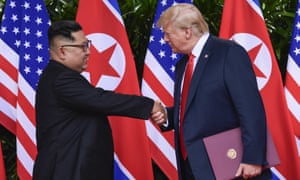 North Korea is maintaining more than a dozen missile launch sites, according to new research, in a further sign that the summit diplomacy pursued by Kim Jong-un has not led to any significant disarmament.

Donald Trump and his secretary of state, Mike Pompeo, have portrayed the US president’s June summit with Kim in Singapore as an unprecedented breakthrough, and pointed to the partial dismantling of a nuclear test site and a missile engine test area as side of progress towards North Korean disarmament.

At least 5 civilians were killed and children kidnapped in an attack by rebels in Beni.