No shame by Kemp for sham election mismanagement 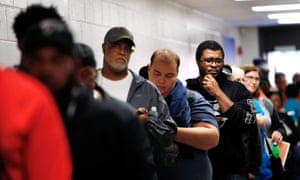 Nor was it just a gubernatorial campaign pitting rightwing Trump acolyte Brian Kemp against insurgent Democrat Stacy Abrams and her bid to become the first African American woman governor in US history. Instead it was a battle years in the making, and it was not so much about who to vote for – but who could vote at all.