So many willing to lie for their causes… Readers submitted more than 4,000 examples of misinformation. Here are the different types being spread this election season. 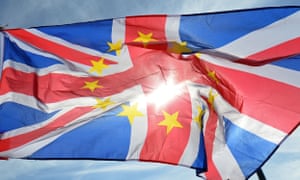 More than 1,500 of the UK’s top lawyers have urged Theresa May and MPs to back a second Brexit referendum, saying that “democratic government is not frozen in time”.

Labour peer Helena Kennedy QC, former court of appeal judge Konrad Schiemann, and David Edward, a former judge at the court of justice of the European Communities, are among those who have called for a “people’s vote” on EU membership.

China is lifting the ban on rhino horn and tiger bone: the government wants to permit their use in traditional Chinese medicine, even though they have no therapeutic value whatsoever. With a legal market, China is creating a huge opening for poached animal parts. This move could be a death sentence for the last rhinos.

Kemp and contempt for democracy go together… The office of Mr. Kemp, the Republican nominee for governor, said it had notified the F.B.I. about the inquiry. Democrats called it a political stunt.

Pants on fire This is particularly true of the president.

Videos appearing to feature Scott Paul Beierle include complaints about how black people dress and speak, and a rant about women

At least two employees were injured after Israeli occupation forces attacked them during the storming of the headquarters of the Jerusalem governorate on Sunday.

According to eyewitnesses, Israeli occupation forces stormed the headquarters of the Jerusalem Governorate and the Ministry of Jerusalem Affairs in the Al-Bared district in occupied Jerusalem.

The witnesses added that the occupation soldiers stormed the office of the Minister of Jerusalem Affairs, . Adnan al-Husseini and they were accused of files of the ministry.

Dozens of citizens are besieging near the province in an attempt to push the Israeli army to leave, and sporadic confrontations are taking place.

China is lifting the ban on rhino horn and tiger bone: the government wants to permit their use in traditional Chinese medicine, even though they have no therapeutic value whatsoever. With a legal market, China is creating a huge opening for poached animal parts. This move could be a death sentence for the last rhinos. 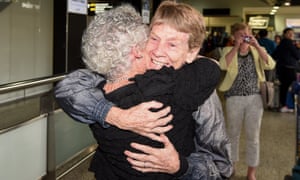 An Australian nun who angered the Philippine president by joining anti-government protests has criticised his “reign of terror” after being kicked out of the country.

Sister Patricia Fox, who arrived back in Australia on Sunday morning, said of Rodrigo Duterte’s violent crackdown on the drug trade: “The human rights abuses are just increasing and it’s a reign of terror. Of tyranny.” 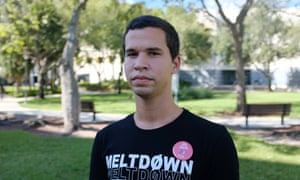 Cuban immigrants were drawn to the Republican party in the 80s, but their children and grandchildren are shifting the vote

Miami runs on Cuban cafecitos, Cuban sandwiches and “Cuban time” – a favorite excuse for being 45 minutes late. As the largest group of Latinxs in Florida and Miami, Cubans are credited with giving the city its cultural core.

A bit of Cuba can be heard in the Miami accent, tweaking a local’s tongue to round vowels and cut syllables. And Cubans are also heard through their politics, or so the cliche states: they will always push Miami, and Florida, to the right.