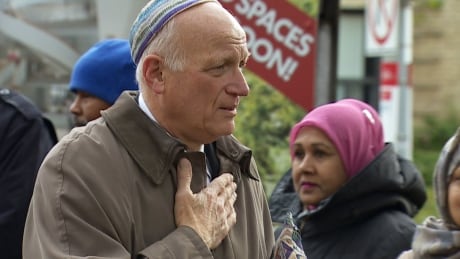 In the wake of a deadly attack on a U.S. synagogue last week, people of faith from across the Greater Toronto Area gathered at Jewish places of worship throughout the city Saturday in an act of defiant solidarity.

From about 1900 to 1965, most African Americans were not allowed to vote in the South. This was especially true in the Deep South: Louisiana, Mississippi, Alabama, Georgia, and South Carolina.

Ways People Were Kept From Voting

1) Violence: Blacks who tried to vote were threatened, beaten, and killed. Their families were also harmed. Sometimes their homes were burned down. Often, they lost their jobs or were thrown off their farms.

3) Property tests: In the South one hundred years ago, many states allowed only property owners to vote. Many blacks and whites had no property and could not vote.

6) Purges: From time to time, white officials purged the voting rolls. That means they took people’s names off the official lists of voters.

7) Former prisoners: People who had gone to prison were often not allowed to vote. Blacks were very often arrested on trumped-up charges or for minor offenses.

8) Poll taxes: In Southern states, people had to pay a tax to vote. The taxes were about $25 to $50 dollars in today’s money. Many people had extremely low incomes and could not afford this tax.  This poll tax applied to all people who wanted to vote – black and white.  There were ways for whites to get around other laws, but not around the poll tax.  Many poor whites could not vote because of the poll tax. Experts say that an agreement between the government and Islamists to bar a Christian woman recently acquitted in a blasphemy case from leaving the country shows that radical groups are more powerful than the state.

Welcome to Right of the Right. While the so-called “Alt-Right” is busy raising more questions, our goal is to help provide the answers you need. In today’s world of 24/7 fear-based media, most people are feeling overwhelmed, confused, and frustrated with all the “noise” masquerading as “news”. Our message is not the gloom and doom …

Source: About | Right of the Right

In March 2018, a 20-year-old white evangelical Christian named Mark Anthony Conditt laid a series of homemade I.E.D.s around Austin, Tex., in largely minority communities. The bombs killed two African-Americans and injured at least four others over the course of several weeks, terrorizing the city, yet the local authorities preferred to describe Conditt, who committed suicide, as a “very challenged young man.” Also last spring, another white man, 28-year-old Benjamin Morrow, blew himself up in his apartment in Beaver Dam, Wis., while apparently constructing a bomb. Federal investigators said Morrow’s apartment doubled as a “homemade explosives laboratory.” There was a trove of white-supremacist literature in Morrow’s home, according to the F.B.I. But local cops, citing Morrow’s clean-cut demeanor and standout record as a quality-control manager at a local food-processing plant, made sure to note that just because he had this material didn’t mean he was a white supremacist. “He could have been an individual that was doing research,” the local police chief said.