A critic of the Russian authorities, Kirill Serebrennikov has been under house arrest since 23 August 2017 on dubious charges of defrauding the state.

Images of injured police officers went viral after being posted to right-wing Facebook groups such as Trump Train, Make America Great Again, and the Diamond and Silk Fan Page. They have also gotten thousands of retweets on Twitter. The caption on one Facebook post read, “Mexican police are being brutalized by members of this caravan as they attempt to FORCE their way into Mexico.” Several Mexican police officers, along with migrants and journalists, have been injured in caravan-related incidents, according to reports citing United States and Mexican officials. But these are old photos unrelated to the caravan. One widely shared photo, of a bloody police officer, was taken in 2012 at a student protest in Mexico, and was on the website of the European Pressphoto Agency. 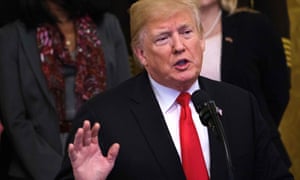 The US president has been quick to paint the migrant caravan approaching America as a grave threat, but is muted on liberal figures being targeted

Which makes it so glaring when Team Trump tiptoes so gingerly while talking about a series of pipe bombs. Normal people call a coordinated series of bombs something as simple as terrorism. This White House calls them “terrorizing acts”, presumably performed by actors rather than terrorists.

Federal authorities announced riot charges against four members of the Rise Above Movement, a violent white supremacist group based in California. The charges relate to assaults carried out at protest rallies in California and Charlottesville, Virginia.

The charges against four men — Robert Rundo, Robert Boman, Tyler Laube and Aaron Eason — come weeks after four other Rise Above Movement members or associates were indicted on riot charges in Virginia, accused of engaging in violent assaults during the infamous “Unite the Right” rally in the summer of 2017. Only Rundo, Boman and Laube had been arrested as of Wednesday afternoon.

The four men indicted in Virginia have not entered pleas in the case.

ProPublica and Frontline have been reporting on the Rise Above Movement since late 2017, and the U.S. attorney in Virginia noted that work.

The government’s accusations, made public on Wednesday against the four men, are laid out in a criminal complaint signed by an FBI agent who specializes in domestic terrorist groups.

“Through my training and experience,” the agent wrote, “I am familiar with terrorist organizations’ methods of operations, including their use of social media to communicate regarding coordination of strategic ideological goals, recruit and radicalize individuals, and coordinate violent extremist activities.”

The complaint then asserts that the four men, as part of the Rise Above Movement, planned and carried out attacks in three California cities as well as Charlottesville in 2017.

“The defendants used the Internet to coordinate combat training in preparation for the events,” the complaint states, “to arrange travel to the events, to coordinate attendance at the events, and to celebrate their acts of violence in order to recruit members for future events.”

Get ProPublica’s Top Stories by Email

Don’t miss out on our next investigation. Sign up now and get it straight to your inbox whenever we break news.

Rundo, one of the men arrested this week, had been identified by ProPublica and Frontline as the founder of the group. He is a native of New York City who had deepened his white supremacist leanings during a stint in state prison in New York.

The complaint asserts that investigators used the men’s social media and private communications, as well as videos and other material created by the group itself, to document specific acts of violence in Huntington Beach, San Bernardino and Berkeley, all in California, as well as Charlottesville.

In Huntington Beach, for instance, Laube is accused of assaulting a journalist at the rally; Rundo and Boman are also identified as having punched, kicked or otherwise set upon people at the rally on March 25, 2017.

It was not clear on Wednesday if the four men charged most recently had retained lawyers, and they could not quickly be reached for comment.

Identifying the Members of RAM A study of more than three decades of homicide arrests suggests that racial disparities in arrests and policing practices introduce an additional layer of bias in the application of the death penalty in the United States. While earlier research has documented that the race of victims affects prosecutors’ decisions to seek the death penalty, and juries’ and judges’ decisions to impose death sentences, a new study by Professors Jeffrey Fagan of Columbia University (pictured, left) and Amanda Geller of New York University (pictured, right) has found that those disparities appear even earlier in the process, at the arrest stage. “[H]omicides with white victims are significantly more likely to be ‘cleared’ by the arrest of a suspect than are homicides with minority victims,” the authors write. Since death-penalty prosecutions must begin with an arrest in a capital-eligible murder, these clearance rates create a disproportionately larger pipeline of white-victim cases. Fagan and Geller examined every homicide recorded in the FBI’s Supplementary Homicide Reports from 1976 to 2009, uncovering county-level patterns in the “clearance rate” (the rate at which cases are closed by the arrest of a suspect). Counties with higher proportions of minority residents had lower clearance rates than counties with whiter populations, but the authors say that county characteristics alone do not completely account for the disparities. Rather, they say that broader policing practices also play a role. “Inequalities in policing, such as the underpolicing of the most serious crimes in the most disadvantaged communities, coupled with overpolicing of the least serious offenses in those same places, seem to extend to the initial stages of the production of death sentences and executions,” they write. They attribute the lower clearance rates of black-victim cases in part to distrust of police in communities of color, resulting in less willingness to cooperate in investigations. “Perceived injustices can disincentivize citizens from cooperating with the police,” they explain, “including both ‘petty indignities’ and egregious acts of police violence.” Thus, discriminatory policing practices contribute to disparate clearance rates, which in turn contribute to the discriminatory application of capital punishment.

Israeli occupation forces (IOF) on Wednesday arrested a Coptic priest during at a protest organized by the Coptic Orthodox Patriarchate in Jerusalem against the Israeli government’s rejection of restoration works within the monastery of Coptic Sultan, while the Israeli government is carrying the work itself without the consent of the Coptic Church.

Local sources said that the occupation forces suppressed the protest and attacked a number of priests and participants before arresting one of the pritests.

The sources pointed out that situation is still intense in the vicinity of Deir Sultan adjacent to the Church of the Holy Sepulcher in the old city of occupied Jerusalem, amid intensive presence of the occupation forces.

For its part, the Christian Islamic Organization condemned the attack by the occupation authorities against Coptic priests in the occupied city of Jerusalem.

The Secretary-General of the Commission, Dr. Hanna Issa, condemned and denounced the intervention of the occupation authorities in the work of restoration, because this is not within its jurisdiction in the occupied city of Jerusalem on the grounds that the eastern part of the Holy City area subject to the rules of international humanitarian law.

The Commission appealed to the Egyptian government and the Christian world to immediately intervene with the occupation authorities to stop these attacks on the monastery of Sultan adjacent to the Church of the Resurrection and not to enter the monastery under the pretext of restoration, because that is the prerogatives of the Coptic Orthodox Church only. The Christian Islamic Organization called on all the free world to stand by the Palestinian right to sovereignty over its land in this holy city and other occupied territories and to stop the Israeli occupation measures which violate international legitimacy and international humanitarian law.

There is no such deal – just another pipe dream lie! The Trump administration and the U.S. defense industry are scrambling to save the few actual deals in the much-touted $110 billion arms package for Saudi Arabia as concerns rise about the role of the Kingdom’s leadership over the death of a prominent critic. While many pulled out of the ongoing Saudi investment summit citing the murder of journalist Jamal Khashoggi, Pakistani PM Imran Khan chose to rub shoulders with the Saudis to seal a bailout package. Social media reacts.