On Saturday October 20, around 7:00 pm, three vehicles carrying Israeli Occupation Forces intercepted the car of the Governor of Jerusalem, Mr. Adnan Gheith, pulling him out of the vehicle and taking him to an unknown location. Governor Gheith was in Beit Hanina, north of Jerusalem, at the time of the abduction. Now Governor Gheith has been transferred to the Ofer Detention Center, Prison, and Military Court, in the occupied West Bank village of Beitunia.

“This is a new step taken by the Israeli Occupation against the Palestinian presence in Jerusalem,” PLO Secretary General Dr. Saeb Erekat said in a statement.

“Israel is further violating its own commitments and obligations regarding Palestinian institutions in the city. Since August 2001, when Israeli Commandoes closed the Orient House in Jerusalem, dozens of Palestinian institutions have been closed in an attempt at provoking a Palestinian politicide in Jerusalem. The threats and detentions against Palestinian political and community leaders, including the abduction of Governor Gheith, should only be taken as part of Israel’s plan to eliminate any foundations for a political solution based on two-states on the 1967 border,” Erekat added.

After the Trump Administration’s illegal recognition of Jerusalem as Israel’s capital, the Israeli Government has escalated its aggression against the Palestinian people, including in and around the occupied Palestinian capital, Erekat said. “This includes forcible transfer of civilian population, home demolitions, colonial-settlement expansion and persecution of Palestinian civil society and political leaders.”

In conclusion, Erekat demanded the immediate release of the Governor of Jerusalem.

“We call upon the international community to take a firm stand on the case of Governor Gheith as well as on the issue of the Palestinian institutions. East Jerusalem remains occupied under international law, with Israel, the occupying power, not having any right to disrupt the Palestinian political, economic, cultural and social life in the city. We consider the abduction of Governor Gheith not only to be a further Israeli violation and aggression against the Palestinian people but a reminder to the international community of the need to take concrete measures to save East Jerusalem, the capital of the State of Palestine.”

Intends to be dictator Brazil’s leading presidential candidate Jair Bolsonaro said on Sunday that, if he is elected, he intends to use the armed forces for routine street patrols, describing the country as “at war.”

Chancellor Angela Merkel has said Germany will stop exporting weapons to Saudi Arabia, at least for the time being. The decision comes in the wake of the killing of journalist Jamal Khashoggi at a Saudi consulate. 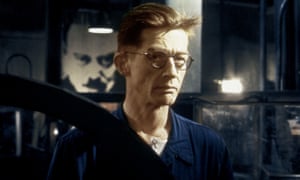 Freedom of expression is a dangerous licence when severed from any commitment to truth, as cyber-thugs reveal daily

It’s been an eventful week for what we used to call truth. The Saudi government has finally admitted that Jamal Khashoggi has been killed, although its account of how this happened is as implausible as the various denials it supplants. That we rely on Recep Tayyip Erdoğan, the world’s most enthusiastic jailer of journalists, to help establish the facts is one of the ironies of a post-truth world.

Talk about the demise of truth is always liable to sound histrionic and naive. After all, we have long been told that the prince must be “a great feigner and dissembler” (this is Machiavelli, not the House of Saud), and “realists” ever since have stressed the usefulness of illusions and the necessity of lies. Indeed, recent research by Ezra Zuckerman Sivan indicates that a large constituency of voters expect their political heroes to lie on their behalf. 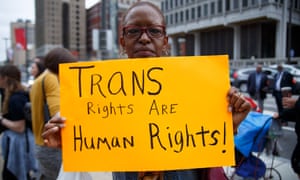 The Trump administration is attempting to strip transgender people of official recognition by creating a narrow definition of gender as being only male or female and unchangeable once determined at birth, the New York Times reported.