Facebook cannot control itself – money makes fascism ok? The ads, with language and imagery not typically found in even the roughest campaigns, were purchased by a critic of Jennifer Wexton, a Democrat trying to unseat the Republican incumbent.

ROTFLMAO – so lame – who will believe their lies. Saudi rulers are considering blaming a deputy intelligence director who is close to Crown Prince Mohammed bin Salman.

For too many Americans, registering to vote is an obstacle course.

From now until Election Day, The Brian Lehrer Show is hosting a series called “30 Issues in 30 Days.” The idea is to dive deep on one issue a day to give voters a sense of what candidates are saying about the policies that affect their lives. This week the series is looking at how Democrats would try to change policy if they won Congress. Today’s issue: Health Care. [ more › ]

Look, I understand that the Baby Trump balloon is a funny joke—he’s a man but he’s also a big crying baby, get it? GET IT???—but I personally would love to sneak just one minute of blissful oblivion away from the ever-present specter of our belligerent president. That minute will not come on October 27, however. That’s the day of By the People’s Impeachment Parade, featuring everyone’s favorite buoyant behemoth, Baby Trump. [ more › ]

Racism is a global virus among humans 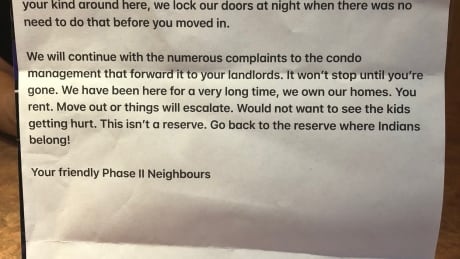 After receiving a threatening, racist letter from neighbours earlier this week, a St. Albert mother says she fears for her children’s safety and will move out of her rented condo. 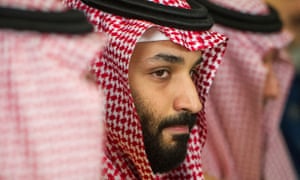 The Saudi crown prince allowed women to drive, but the disappearance of Jamal Khashoggi reveals his true nature

In June, when the ban on Saudi women driving ended, it was portrayed around the world as part of a modernising, liberalising agenda by the new crown prince, Mohammed bin Salman. Yet the authorities ordered female activists not to speak out in its favour. Their blunt message was that what was being offered was the gift of King Salman and his crown prince son, and not a result of the campaign by female activists. In fact, the government had arrested 11 of these activists a month beforehand. Though four were released, the remaining seven had led a petition demanding that the female guardianship system – which treats adult women as legal minors – be abolished. They remain in detention without charge, but could face up to 25 years in jail. 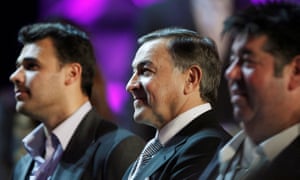 Aras Agalarov, who attended the meeting with Donald Trump Jr in June 2016, formed a shell company with an accountant who has had clients accused of money laundering and embezzlement

A Russian billionaire who orchestrated the June 2016 Trump Tower meeting formed a new American shell company a month beforehand with an accountant who has had clients accused of money laundering and embezzlement.

The billionaire, Aras Agalarov, created the US company anonymously while preparing to move almost $20m into the country during the time of the presidential election campaign, according to interviews and corporate filings. 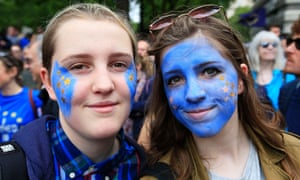 We refuse to let politicians create a more isolated, insular nation and destroy our futures. We demand a final say

This Saturday, I will be among tens of thousands of young people marching on Westminster to call for a people’s vote on Brexit. For years, it was assumed we youngsters would not vote, would not take part in politics, and did not care. During this time, we were priced out of housing, had our tuition fees trebled, and were told to be grateful for the gig economy – because our failure to take part in democracy meant we did not deserve any better.